I think this is going to have to go under the "...and any other matters that take our fancy" part of the blog, as it's not BBC-bias-related. It's just a letter sent today by one Conservative MP to another Conservative MP and it made me laugh. In fact as satirical letters go, its artistry is almost on a par with C.S. Lewis's The Screwtape Letters:

(As they say on all good blogs, click to enlarge.) 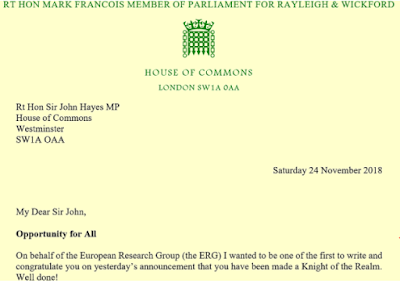 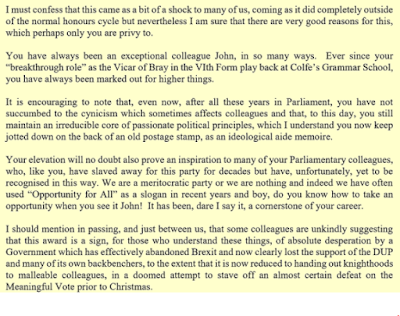 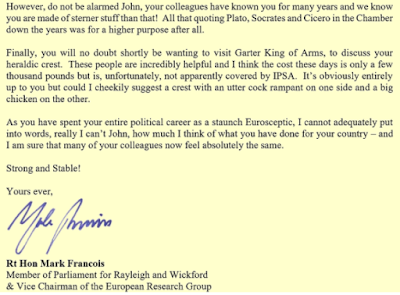 Ah, I can relate it to the BBC after all, as I see that ITV News has the story of John Hayes as one of its top news stories - indeed, ITV's angle is this very letter: Shock knighthood for Tory Eurosceptic John Hayes sparks croynism row and extraordinarily mocking letter from fellow MP.

And Sky News has it as a top story too: Brexit row: 'Utter c**k' slur as eurosceptic Tory MP awarded knighthood.

The BBC News website's homepage is presently steering clear of the whole thing.
Posted by Craig at 13:13