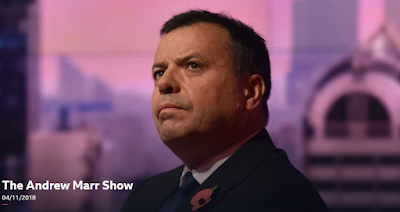 spiked's Brendan O'Neill has written what I think is an absolutely spot-on defence of the BBC over at the Spectator. (And Rob Burley will love it).

Brendan rails against the "self-important" enemies of free speech - and a free media - who want to force the BBC to permanently exclude people whose views they dislike, and contends that such people's "unhinged Banks-bashing" is merely a cover. Remember, remember, he argues. "Remember it is voters they’re really hating on" - Brexit-voting voters:

It is the role of a news organisations to decide what is interesting, to arrange interviews, to interrogate people who are involved in politics or business or some other important public pursuit. That is exactly what the BBC is doing this morning. It is contributing to a healthy open society. Those trying to starve Banks of the oxygen of publicity are doing the opposite: they want to limit media freedom, freeze difficult discussion, and force broadcasters to conform to their worldview. They are a menace to democracy and open debate.

Meanwhile, over at the Guardian, those very people are out in force. There's Lord Adonis, of course,  who described Andrew Marr's treatment of Arron Banks as "pathetic", but also Suzanne Moore (who I can never think of without thinking of Germaine Greer's infamous description of her "hair bird's-nested all over the place, f*ck-me shoes and three fat inches of cleavage"), who talks of "Marr’s failure to press Banks" - which certainly isn't what I saw - and of the BBC having "the Ukippy right wing...run circles around it" - which is just plain silly (as anyone who saw Jo Coburn's recent interview with Gerard Batten will testify).

'Complaints from both sides' arguments are shown up again here. The likes of Lord Adonis and Suzanne Moore are talking complete nonsense. One side is merely frothing (or fake-frothing) at the mouth. 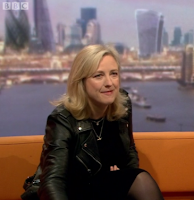 Comments could have gone far better for her though.

Lots of people picked up on her "give money to openDemocracy" tweet as revealing something they think she's not been straightforward about (which given her complaints about transparency might be considered hypocrisy on her part).

openDemocracy's largest funders are organisations belonging to a single foreign donor who, coincidentally, is campaigning in the UK to stop Brexit - namely He Who Mustn't Be Mentioned, one George Soros.