Epitaphs of the War


Here's a transcription of a wonderful Radio 3 Essay broadcast this week in anticipation of the centenary of the ending of the First World War. I thought I'd share it with you... 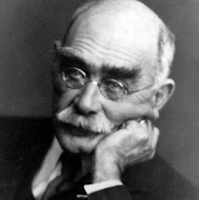 Janet Montefiore: On the 27th September 1915, 8,000 out of the 10,000 British troops who took part in the disastrous Battle of Loos were killed or wounded. One of these, Second Lieutenant John Kipling, 18 years-old, the son of Rudyard Kipling, was reported missing, believed killed. His body was never found. Four years later Rudyard Kipling published Epitaphs of the War 1914 to 1918,  31 brief poems giving voice to those who died in the Great War - soldiers, airmen, nurses, non-combatants, Canadians, Indians, sailors, politicians. cowards, heroes, every kind of person who met death in the War. The sequence is modelled on the Greek Anthology, a collection of ancient Greek epigrams, which had been edited and translated by Professor J.W. Mackail, Kipling's relative by marriage. In a letter to a friend Kipling described his own elegiac sequence of epigrams as "naked cribs from the Greek Anthology, but in fact only one or two of the Epitaphs of War directly imitate ancient Greek poems. Kipling's own loss can be felt in these Epitaphs but they're not elegies for his son. He never in fact wrote one. David Haig's play My Boy Jack, which uses Kipling's famous question-and-answer poem in its title and final scene, has misled many people into believing that the poem is Kipling's elegy for his son, but John Kipling was never known as 'Jack', which was actually the name of the Kipling family's pet dog. It may have been written for Jack Cornwell, the son of close friends who was lost at sea during the Battle of Jutland in 1916, but 'Jack Tar' at that time meant any sailor, as 'Tommy Atkins' meant any private soldier. Listen to the poem's dialogue:

The knowledgeable sailor who answers speaks of "the son you bore", and it's women who bear children. This poem then is spoken by and to a mother. And there's a reason for this. Englishmen in 1916 were required to keep a stiff upper lip, like Kipling himself when he wrote stoically after John's death to his lifelong friend Dunsterville, "Lots of people are in our position and it's something to have bred a man". My Boy Jack then is any and all of the young servicemen who were lost, and his mother, who openly expresses her worry and grief, voices the suffering of all the young men's bereft parents. So, yes, Kipling's own son John Kipling is remembered in My Boy Jack, along with the many, many thousands of young men who died and their grieving parents whom Kipling never forgot. To speak in a voice not his own was entirely consistent with Kipling's practice as a poet. Having learned in youth from Robert Browning's dramatic monologues to write poems in other people's voices, he rarely or never chose to write directly of his own experience. In his early Barrack Room Ballads his speakers are put-upon, long-service squaddies grumbling

But though some First World War poets, including Wilfred Owen, did use the Cockney vernacular they'd learned from Kipling to speak on behalf of the ordinary soldier, Kipling never employed it in his own war poems. This was partly, no doubt, because as a non-combatant he didn't wish to pretend to experiences that he hadn't had. But, more importantly, the 'Tommy' voice would not have fitted his own role as a public poet. For Kipling at this time was not just popular, he was listened to and read by ordinary people, as no poet laureate - which Kipling never was - has been listened to before or since. When his war poems use the first person, it's not 'I' but the plural 'we' who speak. Here is his 1914 rallying call:

For all we have and are,
For all our children's fate,
Stand up and take the war.
The Hun is at the gate!
Our world has passed away,
In wantonness o'erthrown.
There is nothing left to-day
But steel and fire and stone!
Though all we knew depart,
The old Commandments stand:—
"In courage kept your heart,
In strength lift up your hand."

For all "we" have, "our" children, all "we" knew. Here Kipling is speaking for the imagined whole of Britain, or England as he would have said, as a nation at one with itself. In other poems he speaks as a civilian on behalf of bereaved parents whose sons died in the trenches, as in the bitter poem The Children, with its poignant refrain, "But who shall return us the children?". His biting poem Mesopotamia likewise speaks for the thousands of parents who had seen their sons' lives being thrown away in the disastrously mismanaged campaign in Mesopotamia (which is now Iraq). This poem attacks not only the incompetent and neglectful generals who fail their men but the strategists of the British Government:

Our dead shall not return to us while Day and Night divide—
Never while the bars of sunset hold.
But the idle-minded overlings who quibbled while they died,
Shall they thrust for high employments as of old?

These lines have cabinet ministers in their sights - those "idle-minded overlings" who "thrust high employment" in Westminster. This was too much for the Daily Telegraph, which refused to publish Mesopotamia. It eventually appeared in the Morning Post. Because of Kipling's reputation as a public poet he was appointed in 1917 to the Committee of the Imperial War Graves Commission, on which he served until his death 19 years later. As the Commission's principal literary representative he either composed or approved all its general inscriptions, including the quotation "Their name liveth for evermore", which became the universal Great War epitaph. He also instituted the custom, which still persists, of sounding The Last Post at the Menin Gate every sunset. And he insisted, despite vocal opposition from the Daily Mail, that, since every serviceman buried in war cemeteries had given his life, each tombstone should bear only the name, regiment, rank and dates of the soldier, with no distinction made between officers and other ranks.

But Kipling's Epitaphs of the War are quite different from these commemorations. They are not generally inscriptions, nor do they commemorates soldiers by name. Kipling wrote to a correspondent in 1935 that "all the Epitaphs are altogether imaginary." They deal with forms of death which may very possibly have overtaken men and women in the course of the War but have neither personal nor geographical basis. Appropriately for a total war, Kipling writes epitaphs for civilians as well as private and officers, and for the imperial troops -  Canadians and Indians  - who died defending us, as well as for British soldiers. There is a minesweeper fishing for "eggs" of invisible death whose search ended "in flame and a clamourous death known to the eye-pecking gulls". Another, shipwrecked on convoy duty, a destroyer in collision, "cut down by my best friend" - a victim of friendly fire. There are dead civilians, women as well as men - a V.A.D, that is a voluntary aid detachment nurse torpedoed in the Mediterranean, and an unidentified female corpse who was possibly inspired by the woman passenger washed ashore at Holyhead after the HMS Leinster was torpedoed in the Irish Sea in 1918:


Headless, lacking foot and hand,
Horrible I come to land.
I beseech all women’s sons
Know I was a mother once.

The epitaphs commemorate many different people, including a 'refined man' - not somebody that you might expect Kipling to like:


I was of delicate mind. I stepped aside for my needs,
Disdaining the common office. I was seen from afar and killed . . .
How is this matter for mirth?  Let each man be judged by his deeds.
I have paid my price to live with myself on the terms that I willed.

The incident is almost comic: a soldier who prefers not to urinate in company, to use the common office, is picked off by sniper, but that stern, measured last line remind readers that it's not for them to judge what others think important, and that different people may have their own values which deserve respect. Something similar is said in the epitaph for a 'Hindu sepoy in France', which likewise respects his difference:


This man in his own country prayed we know not to what Powers.
We pray Them to reward him for his bravery in ours.

Not all the dead speakers are brave. The 'civilian bombed in London' had tried to escape conscription but, "It was in the air!". A sleepy sentinel is shot for having dozed on duty. Perhaps most poignant of all is 'The coward':


I could not look on Death, which being known,
Men led me to him, blindfold and alone.

Two faultlines condense a terrible fate: a man who could not face death in battle is imprisoned by his fellows, blindfolded and shot dead. There is no condemnation just statement. But there is condemnation in Kipling's most famous epitaph,' Common form', which is spoken this time by a 'we' that does not include the poet:


If any question why we died,
Tell them, because our fathers lied.

This both echoes and parodies the famous epitaph by Simonides for the Spartan soldiers who died at Thermopylae to defend their country: "Go tell the Spartans thou that passes by that here, obedient to their laws, we lie". The rhymes are the same, but Simonides' present tense verb "we lie" speaks from a timeless present which is perpetually renewed when anyone reads it. But in Kipling's past tense, "our fathers lied" the dead men accuse the fathers they died to save of having told them lies.

And that brings us back to John Kipling. These bitter lines by a father who had encouraged his son to enlist and helped him to find a commission read inescapably like Kipling's admission of paternal guilt. And "our fathers" extends the accusation to all the older generation. What "lies" had the fathers told their sons? Anyone who is familiar with Owen's poem about witnessing death from chlorine gas, which is now the iconic poem of the First World War, will assume that the dead sons are denouncing what Owen called "the old lie", Dulce et decorum est pro patria mori - 'It is sweet and fitting to die for your country'. And yet Kipling could never have preached an anti-war doctrine. Although he was devastated by the loss of his son he never swerved from the belief that, horrible as the Great War was, it had to be fought against an enemy that he regarded as absolutely evil. There is both gratitude and survivor's guilt in his poem The Children, which laments the beloved young lives sacrificed to save England from "the Barbarian":

They bought us anew with their blood, forbearing to blame us,
Those hours which we had not made good when the Judgment o'ercame us.
They believed us and perished for it. Our statecraft, our learning
Delivered them bound to the Pit and alive to the burning.

Here Kipling's "we" means both grieving parents like himself and the nation of which he is a citizen, indicted for "the hours we had not made good" building up our defences. Kipling had repeatedly warned his countrymen to prepare for the threat from Germany in his poems and speeches. As early as The Dykes in 1902 he had warned what would happen if defences were neglected, writing prophetically, "Now it may be we have slain our sons, and our fathers we have betrayed".But those indicted in "our fathers lied" are not only the fathers of the nation in Westminster. Kipling was also accusing himself.
Posted by Craig at 10:59