Having spent much of the past fortnight away from the world of blogging, it's time for a post (or two) that randomly gathers together most of the stuff I would have posted if I'd had the time - or at least as much of it as I can remember. 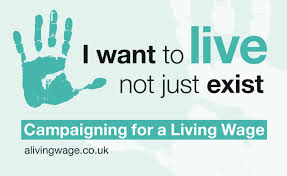 I read a comment somewhere alleging that the BBC's reporting of the 'living wage' had undergone a 180 degree turnaround since George Osborne made it government policy in his summer Budget.

Before then (and over many years), the complaint went, reports on the BBC about the 'living wage' were very strongly skewed towards the idea, incessantly highlighting calls for it to be introduced. After the Budget, however, the complaint continued, the BBC suddenly began promoting anti-'living wage' stories.

Such things are hard to check, but I've tried to do so. Using a combination of the 'search' function on the BBC website and Google, it's possible to see if the BBC News website has done as the complainant claimed it has.


As far as I can see (and I've checked and re-checked this to see if I'm missing something), the complainant was correct. The BBC appears to have abruptly taken against the 'living wage'.

Simply putting it down to 'left-wing bias' won't work, giving that these articles are promoting the arguments of those opposed to a popular left-wing idea.

Putting it down to knee-jerk 'anti-Tory bias' would work much better, if you believe that many at the BBC are shamelessly opportunistic enough to do such a party political thing (presumably from a Labour/Lib Dem perspective).

Or, as some say, maybe it's just the BBC doing it's 'anti-government' thing ('anti-any-government'), and acting as a self-appointed opposition?

Or, as others (usually on the Left) say, maybe it's the BBC doing its 'anti-change' thing, always opposing something new?

Whatever, it's a real shift of focus from the BBC and an interesting phenomenon. Something must account for it. But what? 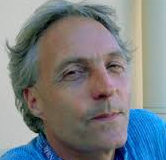 As I was driving to work on Monday morning, listening to Today, I heard another of those BBC reports about the migrant crisis, this time reporting from Hungary.

The BBC reporter, Nick Thorpe, presented us with the work of Migration Aid in Budapest - a group helping incoming illegal immigrants there. We heard from an activist with the organisation (denouncing the Hungarian government's new fence with Serbia). We also heard from various migrants (who Nick Thorpe called "refugees"), including one from Afghanistan passionately demanding to be treated as a human being.

We also got an opinion (yes, an opinion!) from the BBC reporter, echoing Migration Aid's feelings about the Hungarian authorities:


In these Hungarian stations you can witness the best and the worst sides of the Hungarian reaction to this crisis. Many stories of the indifference or even the hostility of the authorities, but also a remarkable outpouring of generosity from the Hungarian public.

Nick Thorpe is the BBC's Central Europe correspondent. According to Wikipedia, 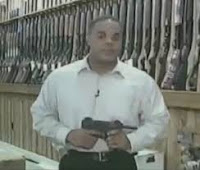 I'm not the only one to have spotted this, it appears, but...

The BBC has a very peculiar attitude to race stories in the U.S.

When a fatal incident involves a white person killing a black person (or black people), the BBC is straight onto the race angle like an albino ferret up a jet-black drainpipe (if ferrets ever go up drainpipes. We know they go up trousers, of course, but drainpipes? I might email David Attenborough to find out).

On the evening of the murder of the white U.S. TV reporter and her cameraman by a black former colleague, I read reports on Sky News and other places showing the murderer's calls for a race war. Now the killer may be a mental case, but that hasn't stopped the BBC before if there's a race angle involved, yet - as others also noted - the BBC News website that evening merely reported (in one paragraph) that their was a racial grievance on the killer's part. Nothing else. Sky quoted (with appropriate redactions) the killer's expletive-filled social media comments mentioning the Charleston killer and the 'bringing on' of a race war.

The BBC was holding back.

All very odd. But also, all very BBC. It's as if some kinds of racism are too 'hot' to condemn (cf Yasmin Alibhai Brown).
Posted by Craig at 18:40