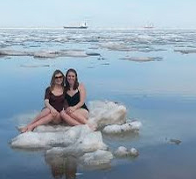 A bit of advice I took on board from a certain 'below the line' commenter at B-BBC was to be highly wary about claiming that the BBC website hasn't reported something which we think they should have reported.

Bloggers don't want to end up with egg on their faces after all.

After all, the BBC could, perhaps, choose to publish any such 'unhelpful' stories somewhere relatively obscure - say, in their Entertainment & Arts section - or somewhere even more obscure still! - say, in some 'local news' part of their website ("buried it in Wiltshire", as we used to say).

That said (as you may have noticed) I don't always avoid such posts.

Why? Because 'bias by omission' is widely considered an integral part of media bias and thus, if shown, can provide valuable evidence of BBC bias.

James Delingpole, over at Breitbart, may, however, just have fallen into just this very trap through not checking the BBC website at least twenty times or more before posting.

He posted something today mocking the BBC website for failing to report Ofcom's surprisingly sharp criticisms of the BBC over its environmental coverage (a report published on 17th August).

Ofcom found that the BBC was guilty, across quite a range of programmes, of seriously breaching Ofcom's impartiality rules.

Indeed, as the Independent reported on 17th August, the BBC was found "repeatedly" to be in breach of Ofcom's code on "propaganda content".

Dynamite stuff from Ofcom - i.e. BBC bias 'officially' proven! (so please read what Ofcom said about the BBC, if you have time).

James notes, however, that the BBC website's initial response (on 17th August) to the Ofcom report (which covered a whole range of subjects and broadcasters) was....

....to single out that Ofcom report's criticism of ITV...yes, ITV...over a dog-related Britain's Got Talent feature, and then post a BBC News article about just that (ITV-incriminating) story!

And he's quite right about that.

...the BBC News website did post an article about Ofcom's verdict against itself. When? One day after both that doggy piece and that Independent article outlining Ofcom's findings against the BBC - i.e. on 18th August.

It's not a BBC report that I myself noticed either yesterday (i.e. on 18th August) I have to say (despite registering this story on Monday). I merely found it through checking on Google News on the off-chance (using 'Ofcom BBC' as my search term), having read James's piece and needing to check it out for myself before posting anything...

...but, yep, there it was, that 'missing' BBC article, apparently merely posted on the BBC website's Entertainment & Arts section under the (non-self-incriminating) headline News channels broke sponsorship rules, Ofcom says.

If you click on that Entertainment & Arts section now you won't see it though (19th August). It's already vanished into either a (Richard) black hole or Davy Harrabin's Locker.

So, I'm not surprised that James Delingpole didn't spot it flashing by like a neutrino in an underground observatory.

Why would he? Why would anyone?

Still, if James - or anyone else - now puts in a complaint about the BBC for ignoring this damaging, BBC bias-related story, the BBC will be able to say, "Aha! But we did report it. You just didn't see it!"