I felt uncomfortable listening to The Reunion about Guantanamo the other day.

“In 2002, a detention camp was hastily built in a remote corner of Cub,(sic) to house the men captured in America's "war on terror". Thirteen years later, it is still there. And in the intervening time, Guantanamo Bay has become a byword for controversy, a place Amnesty International called "the gulag of our time".

(I do wish the BBC would stop quoting Amnesty International. Their opinion is no longer meaningful after a hatful of scandals and impropriety.)

We know Moazzam Begg attended a terror training camp in Syria alongside other notorious individuals, and he makes no secret of the fact that he is a campaigner for Islamist causes. Charges of terrorism against him were dropped amid cloak-and-dagger claims that Ml5 knew all about his activities.  The other ex-inmate of Guantanamo featured in this programme, Sami al Hajj, is also a devout Islamist; the human rights lawyer Clive Stafford Smith specialises in defending Islamists and alleged terrorists, and Colonel Mike Bumgarner appeared somewhat remorseful about his role as guard at Guantanamo. 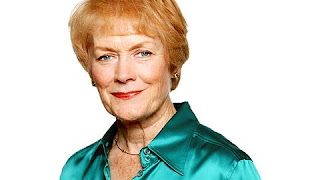 Sue MacGregor questioned the two men about their ill-treatment during their detention in Guantanamo. Her sympathetic manner seemed more appropriate for interviewing traumatised bystanders who’d unexpectedly witnessed an atrocity; say, people caught out 'at the wrong place at the wrong time', like holiday-makers at a Tunisian idyll. Or survivors of a tsunami or a natural disaster.
All the participants in this reunion appeared to agree that the detainees were innocent. They were unfortunate victims of injustice rather than associates of enemies of the West and opponents of democracy.
We know that Guantanamo Bay was controversial, and that torture and cruelty were allegedly inflicted upon the inmates. It’s not something the west is proud of. In an ideal world the civilised West would be above that, and suspects would be treated humanely, given a fair trial, and either imprisoned or released. However there is nothing ideal about this world now that Islamic terrorism is firmly established and growing.


I felt the presence of  a massive elephant in the studio. Other episodes of this series have featured individuals with different perspectives on a given incident, at least when the occasion is as controversial as Guantanamo. This time everyone in the studio was on the side of Islam and its apologists.
Posted by sue at 17:08