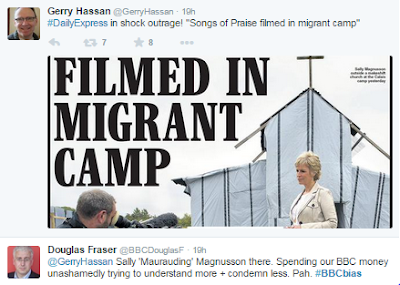 Douglas seems to provide yet another example of how a BBC's less-than-impartial comments on Twitter seem to echo that BBC reporter's own 'official' reporting.

Here's something I wrote earlier (in March this year), in the wake of a survey showing that - in complete contrast to Scottish political opinion - Scottish public opinion is scarcely less hostile to mass immigration than English public opinion: 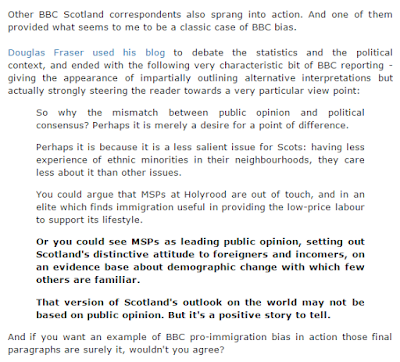 Does Douglas hang his opinions up at the door before starting work, like Hugh Sykes (or so Hugh says)? It doesn't seem so, does it?
Posted by Craig at 17:34