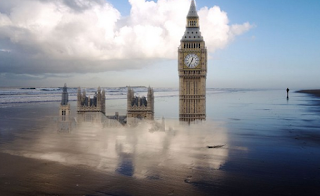 As might have been anticipated, today's Feedback featured largely hostile listener comments about Quentin Letts and his What's the Point of the Met Office? and Roger Bolton even quoted Richard Black's piece in the Guardian. (Roger Bolton described Mr Letts as a "controversialist").

Highly unusually, the official BBC statement to Feedback that followed contained a slight admission of 'error' - though ultimately (and inevitably) it finally concluded that the BBC got it pretty much about right:

The light-hearted tone of this series allows him to question and critique even the most sacrosanct of organisations, but we accept that in this episode about the Met Office the comments made about science and climate change would have benefited from broader representation from the mainstream scientific community - although we did hear from a range of contributors as well as from the Met Office. The range of views expressed was sufficient to meet the requirements of our guidelines for this type of programme.

This is one of the few areas (where the issue of bias arises) that the BBC does seem willing to admit that it may have got it slightly wrong from time to time, whilst affirming that, broadly, they still got it about right. The Today programme also told Feedback that they'd got it slightly wrong over the famous Lord Lawson interview a year or two back, though all in all the interview was OK. And Professor Steve Jones's review of the BBC's science coverage similarly found that the BBC broadly gets it about right but could be a lot less accommodating to 'climate sceptics'.

In other words, the BBC's rare concessions always appear to tend in the same direction and to require the same kind of solution:  even fewer 'sceptical' voices on the BBC.
Posted by Craig at 19:45