This is not bias. I don’t know what to call it. It might have been because we’re in the midst of the silly season.  Did you hear Anna Hughes, a PHD student at Cambridge University talking to Justin this morning at about eight minutes to seven?
She has spent several years researching a great mystery, namely what is the point  of a zebra’s stripes? 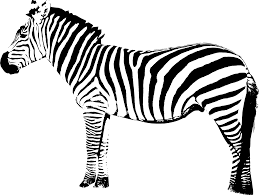 Anna had one of the worst cases of “SO” that I’ve ever heard, but the problem wasn’t that she started every answer with “so”; nor was it that her adenoids would have given Melvyn Bragg’s a run for their money. It was the fact that all that research seemed so unscientific and has led precisely nowhere.  Also, by the end of the interview the pointlessness of it all seems to have affected Justin’s ability to form a coherent sentence.
He began by asking something like this:

“It has been thought that zebras developed stripes to dazzle predators, but Anna has been taking the lead in a project that has a new view of this. Anna, that’s not quite right, the traditional view?”

“So! Erm. it’s difficult er at the bobent to fully dow exactly what the zebra stripes are for, as you suggest, ad we’ve been lookigg, as you say, at whether it’s of benefit to the zebra when it’s moving to keep track accurately by predators ...”

So. They got humans to try catching a stripey target on a computer screen, which turned out not to be harder, but easier. So; it was "possibly evidence against that theory."

“There are lots of ideas, but we don’t know what they are. To repel flies, but we haven’t tested it, and...”

Have you decided it’s a camouflage thing, then? asked Justin.

“No. It might be to help them keep cool.”

“A thermo regulating thing, I don’t know how that works. So. The dark and the light patches may, I believe, cause currents of warm air to pass in different ways, I don’t quite understand....It’s not, I believe, fully tested yet, but it’s fascinating that there’s so many different hypotheses. We still don’t really know, yet, what. Which. Of course it could be that there are multiple different reasons that the stripes have evolved so it’s still a challenge to find out.”

“Sounds like a lifetime’s work, there are already people around the world trying to find out?” 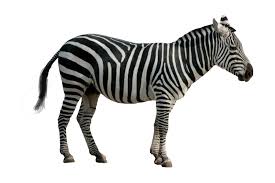 “And you’re one of them? is this? Are you devoting your - you’re a phd student, are you intending to devote your life to the zebra’s stripes?”

“Does it? I mean are there aspects of life where, I’m thinking of when we want to camouflage ourselves in, I don’t know, the military or other aspects of life, where, you know, the zebra, or, or want to stop being seen, the fact of whether or not it actually is something that wards off predators is useful, potentially, for us to know?”

"So, yes. Um one of the interesting things about this kind of motion dazzle hypothesis is that it was actually proposed quite a long time ago... in fantastic ships called dazzle ships. So. it’s interesting to know whether those actually work." 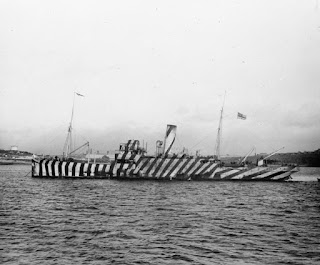 We could go on for ever but sadly we’re approaching the weather.

You’d think a PHD student at Cambridge would know everything there is to know about the efficacy of the dazzle ship after several years of researching zebras. It had me wondering if it was April 1st. I’m wearing a stripey T shirt at the moment, and I think I can still be seen.