There's a marked difference in news priorities this morning between the Sky and BBC websites. 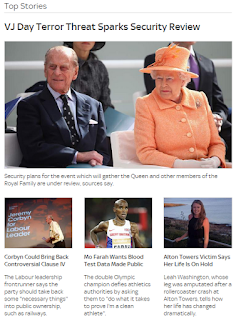 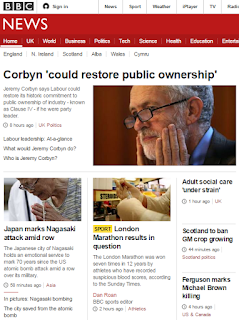 Sky's lead story is obviously not one which the BBC believes deserves attention. It is literally absent from their news homepage and their UK page.

ITV, on the other hand, also includes the terror plot story among their 'top stories'. Unlike the BBC, ITV also clearly believes the story about an Islamist plot to bomb the Queen during the VJ Day commemorations (the lead in the Mail on Sunday) to be newsworthy: 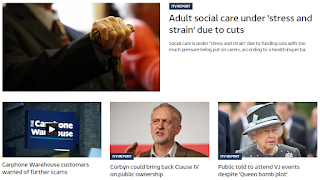 I would have thought it was newsworthy too. Very newsworthy.

It's entirely typical of the BBC to want to play down such a story though (and play it down to the point of not reporting it at all on its news website - though, knowing the BBC, it might appear later in the day if some helpful angle emerges to soften the story's impact).

What an agenda-obsessed news organisation it is!


Update, 13.20: The BBC News website is still failing to report this story. Even the Channel 4 News website (Channel 4 for heaven's sake!) is leading with the story: 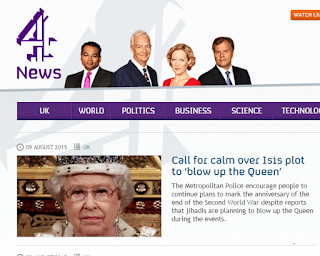 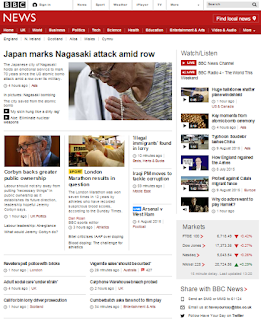 This is obviously a very deliberate decision on the BBC's part to suppress this story on its news website.