Well, I say 'much-loved' but the Spectator's Damian Thompson was (like me) being highly sarcastic about it on Twitter overnight: 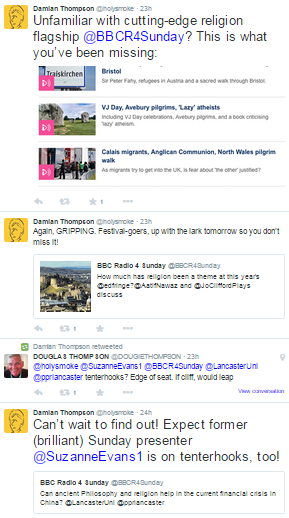 That bit about religion at the Edinburgh Fringe featured a Muslim comic whose show was, he told Edward Stourton, designed to counter "Islamophobia".

He told some jokes about fatwas, including one about bananas, which were (as far as I can see) merely lists of genuine fatwas. Quite where his creativity came into listing a few such mad fatwas I really can't say.

And he didn't make me laugh either (no offence). So much so that I now realise why this less-than-side-splitting effort was awarded the 'Best Joke' prize this year:

I just deleted all the German names off my phone. It's Hans free.

The other Edinburgh Fringe comic interviewed by Ed this morning was a transgender comedian who performs as a transgender (Muhammad) Christ, saying that his/her show is about showing the world that transgender people are human beings (like we don't already know that).

This was preceded by a clip of another comedian saying that jokes from Muslim comics at the Fringe prove that Islam is a nice religion and that Islamic State has nothing, she repeats, nothing to do with real Islam....

....which I'm placing in Sunday's regular 'It's nothing to do with Islam' folder.

And call me 'not cutting edge', but I was genuinely pleased to listen to the bit about the man, Reg Portman, who is near to completing his project to draw every church in Hertfordshire. Here's a sample of his work: 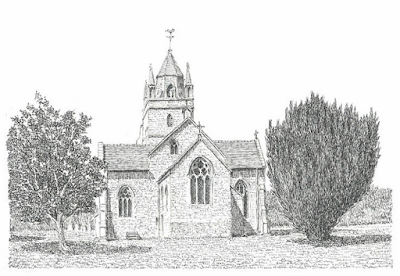 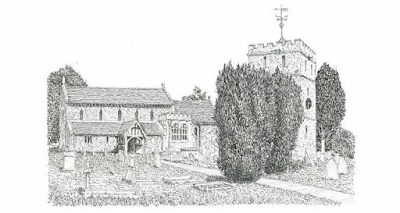