Get the smelling salts out! 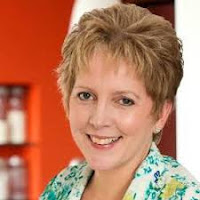 As well as the transgender bit, Radio 4's Broadcasting House also featured, among other things, a section on public attitudes towards the poppy and the military in the UK and the US.

The UK bit would was interesting but the interview with Patrick Hennessey and Antony Beevor was spoiled by repeated technical glitches, meaning that Antony Beevor barely got a look in. (Mr Hennessey was good value though).

The US bit focused on why some US soldiers don't like the "hero-worship" they receive from the American public, including the BBC reporter himself - an Iraq War veteran turned video journalist called David Botti.

Uncharitable types might describe that as typical liberal BBC hand-wringing - though maybe a bit of modesty was involved too.

There was also a section on 'taboo words', prompted by poor Sir Bill Cash's unwillingness to say the word 'tampon' during an House of Commons debate.

The mockery of Sir Bill by MPs was amplified by BH, though Carrie Gracie was careful in her introductory remarks to leave it not entirely clear quite who she was mocking (the mocked or his mockers, or both):

Let's tackle this head on and show our elected representatives how to behave like grown-ups.

Carrie talked to Prof. Lynda Mugglestone of Pembroke College, Oxford, who made a cheerful impression.

I learned that 'Drat!' is a 'minced word' from the Renaissance - a sign of the religious taboos back then. It 'minces' the words 'God' and 'rot'.

I've never heard the word 'minced' used like that before. Along with 'gender-fluid', it's a new one on me - though, honestly, I could have happily lived without knowing either of them.

She also said that the 'menstruation taboo' is one of the most common across the world and believes that such things are "outdated" and that we should "call a spade a spade".

Midway, inevitably, the discussion turned to taboos around words associated with race (the "n-word" included). In the earliest version of the OED, apparently,  the word "darkies" was defined as "blackies". Later the phrase 'mildly offensive' was added - and, I'm guessing, the earlier definition changed! Later still the phrase 'very offensive' was added. Presumably, the next step will be for it to be removed completely, lest dictionary-reading Radio types get unpleasantly 'triggered' by stumbling across it looking for definitions of 'darkling' and faint.

That sprang to mind because this week's Feedback with Uncle Roger Bolton featured a couple of Radio 4 listeners complaining about an elderly cartoonist, Stanley McMurtry (Mac, O.M.G. The Daily's Mail's  veteran master of the art).

Mac had appeared on this week's Midweek and used the word "coloured" to describe people of colour. (Remember: "people of colour", good; "coloured", bad; "darkies", doubleplusbad"). Libby Purves had failed to intervene and tell him this was inappropriate.

One Radio 4 listener, sounding (to my Northern, ferret-wearing, black-pudding-keeping, cloth-cap-eating ears like some aristocratic Downton Abbey character,  appeared to have needed smelling salts after hearing that word "coloured" on Radio 4. It simply wasn't appropriate, she said. She felt upset by it, she said. (FFS, I said.)

Going back to this BH discussion though, it didn't sound to me as if Prof. Lynda was saying that those kind of language taboos need getting rid of too - while, given what would happen to her if she did say that, is probably a good thing (for her).

Plus, she even suggested that Sir Bill's squeamishness wasn't that unusual. Lots of people are a bit nervous buying tampons and the like in supermarkets. (Never used them myself, I have to admit).

What with transgender stuff and tampons, Is the BBC biased? seems to be turning into The Guardian.

I would have said Women's Hour but Dame Jenni and Jane might be a bit wary of the transgender stuff, given what's happened to other feminists like Germaine Greer, Julie Bindel and Suzanne Moore. One wrong word and the whole of Twitterdom will descend on them. Dame Jenni would probably have to remove those glasses she's permanently peering over and replace them with very dark (Pinochet-style) sunglasses and Jane would possibly end up downing several crates of 1997-vintage champagne to get over the ensuing trauma.
Posted by Craig at 18:50