"Those people who are the so-called jihadists in France don't come from Islam. They come from misery." 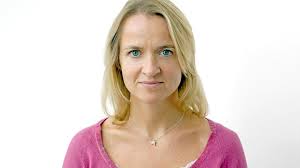 It's hard not to bang on, however much you might not want to, when the BBC programmes you are listening to are also banging on relentlessly.

This morning's Broadcasting House featured a lengthy report from Emma Jane Kirby on how France's young people are reacting to the massacres in Paris.

At least that was how it was introduced.

After a moving opening interview, however, it swiftly moved on to focus - at considerable length - on the grievances of France's Muslims, young and not-so-young.

[Precisely 70.3% of the report was devoted to this aspect of the story. Yes, I counted].

Muslim pupils at France's first Muslim school in "a deprived Parisian suburb", their teacher plus various experts and a group of students all expounded the point of view that France's Muslims are victims - the victims of French secularism, unemployment and politicians' (right and left) politicking at their expense.

A typical comment, towards the end, from an anti-capitalist philosopher, Bernard Stiegler, will sum it all up and spare you having to listen to it (if you haven't already heard it):

Those people who are the so-called jihadists in France don't come from Islam. They come from misery.

Everyone (after the non-political first interviewee) agreed with that. Everyone. No alternative views were broadcast. Not one.

It has to be said, however, that Emma Jane's report isn't unusual. Her BBC colleague Matthew Price has been broadcasting similarly-angled, similarly-loaded reports on Today ever since the morning after the Paris atrocity. I'm sure they both feel good about themselves for having done so.

Whether their biased reporting distorts their listeners' understanding of the real roots of European and British Muslim jihadism (and many jihadists. including the 9/11 to the 7/7 killers, come from affluent, well-educated backgrounds), however, is the real point here - and that probably depends, to some degree, on the extent to which people only get their news from the BBC.
Posted by Craig at 19:07