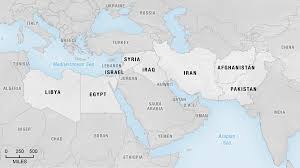 If there's one thing you can say about John Humphrys on Today it's that he's completely consistent when it comes to asking questions about Western intervention in the Middle East.

Whether it concerns Afghanistan, Iraq, Libya, Syria or pretty much anywhere, the same questions keep on coming - invariably asked in the same serious tone of voice.

I've always felt it to be the one area when John Humphrys consistently allows a personal bias to shine through. It's his hobby-horse, so to speak (like mine is BBC bias).

Still, it was startling to hear him pursue it so relentlessly on this morning's Today, in the wake of the overnight terrorist horrors in Paris.

In his interview with Christophe Premat, French socialist MP for northern Europe, he asked the following:

How will or how should the government react in terms of Middle East policy? There will be people, of course, I imagine, saying. 'Look, that's it! Let's stay out of the Middle East, then we won't become a target'.

In his interview with Corinne Narassiguin, the socialist French government spokeswoman, he asked the following:

And there will be many people of course...there almost certainly already are, aren't there?..people who are saying, 'We should not be on that frontline. We ought not to be involved in that fight in the way that we are'. How will the government respond to that?

And in his interview with Bernard Kouchner, the independent socialist former French foreign minister, he asked the following:

Will there not be many people who will say, 'Yes, of course we would love to see peace in the Middle East. We would like to see ISIS crushed. And so on. But it isn't actually our fight and what we are doing is bringing this fight to the streets of Paris'?

Always in the same tone of voice.

Oddly enough, as the years pass I find myself agreeing with him about this more and more. (I'm not meant to be impartial though).
Posted by Craig at 17:18