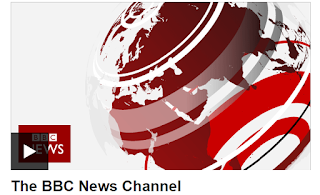 Finally, in this review of the BBC's coverage of the terrorist attacks in Paris, here are a selection of questions. comments and exchanges from across the morning on BBC Breakfast and the BBC News Channel:

8.37 Naga Munchetty (to Sylvain Courage, Nouvel Observateur):
Sylvan, obviously as a journalist you've been observing the cooperation between various cultures and the integration of various cultures in France, and there have been lots of reports of anti-Muslim sentiment there and there will now be concerns about that increasing. Your thoughts on that?

9.41 Jacques Reland, Global Policy Institute:
You can see that behind these attacks there's a will, a strong intent to sow seeds of division. There are already some seeds of division in French society. We know there are some people from a Muslim background, from a Muslim origin, who are the downtrodden in that society. It's preying on that and it's trying to increase the divide between the two, to hope that the French will react in a way which is more radical, that it will unleash some kind of hate towards Islam in order to again radicalise the young kids who were responsible for the attacks yesterday.

9.45 Gavin Esler (to Jacques Reland, after M Reland talks of the Front National's electoral threat):
Exactly that point, if I may. No doubt people will rally behind the Republic, rally behind the president,in the short term. But you alluded to division and, you know, December, and another month politics will reassert itself. Do that...That presumably must concern you because politics in a way in which we in democracies resolve our divisions but this could make it worse?

10.40 Gavin Esler (to Nabila Ramdani):
Do you fear that the Muslim community in Paris and across France will come in for a great deal of pressure as as result of this? Is this something that worries you?
Nabila Ramdani (replying):
Well, yes indeed. And what struck me in particular about the background of the perpetrators of the Charlie Hebdo terrorist attacks is that they came from an extremely troubled but by no means particularly religious background...There might of course be a link between Francois Hollande's foreign policies in devastated countries such as Iraq and indeed Syria, and a backlash on his territory.

11.13 Tim Willcox (to Nabila Ramdani)
This country has I think one of the largest Muslim populations in Europe, also targetted by Islamic State for its strong anti-militant stance right around the world?
Nabila Ramdani (replying):
Well, yes indeed....It will lead to people stigmatising whole Muslim communities for all the wrong reasons...I mean that kind of attacks which happened in France has nothing more to do with Muslims any more than the kind of shootings you see, the rampage shootings in America, have anything to do with ordinary Americans.

11.52 Gavin Esler (to Marc Roche):
Will you also have to do something about integrating people who are of Algerian or Moroccan background? You've got many, many people in the Islamic community, the Muslim community, who hate this but don't feel they are valued in France?
Marc Roche (replying):
Well, that is one of the biggest failure of France, left and right, it's to integrate the Muslim French....The French people haven't really, because of the Algerian War, embraced their compatriots who are Muslim....I think France is, like Britain and Belgium, a multicultural society but it hasn't come to grips with the fact that the Muslim population, particularly the youth - disenfranchised, high unemployment, and also feeling that the secular state goes against their values.