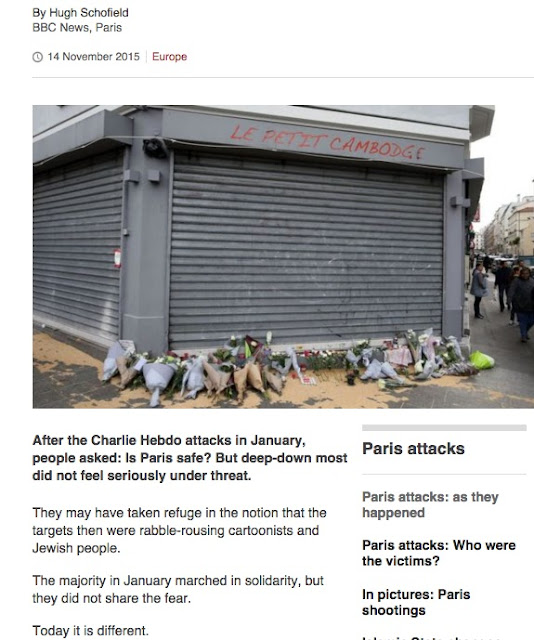 Is it me or is there something unintentionally revealing in Hugh Scofield’s words. “They may have taken refuge” (weird phrase to use in the light of the current refugee situation)  “in the notion that the targets then were rabble-rousing cartoonists and Jewish people.”

Is he saying “before Friday the majority weren’t bothered because they thought the  threat was confined to those who had been demonstrably provocative ....“Rabble-rousing cartoonists and Jewish people.”