Nick Cohen stands up for the BBC 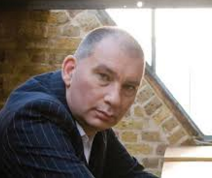 Nick Cohen has written a passionate defence of the BBC in today's Observer.

I will attempt to summarise it as fully and fairly as I can:

The BBC is in trouble.

Though it's one of the most trusted institutions in Britain, the BBC is becoming politically isolated.

Why? Because these are troubled times, and troubled times give rise to ideological movements that cannot bear to have their “solutions” questioned or “facts” challenged.

Each possesses its own version of the Marxist theory of false consciousness. The people would see that they and they alone represented the light and the truth and the way, if only the media did not brainwash them to vote against their true interests.

The Right's arguments against, say, the BBC's coverage of the EU don't hold up. The evidence is flimsy. The BBC's coverage will be far for impartial that anything that will appear in the newspapers.

Plus genuine conservatives will be appalled by the effects of the Tories' intended slashing of the BBC. They wouldn't want to lose Radio 4 or Radio 3 or to see the BBC's foreign coverage curtailed.

If arguments were settled democratically the BBC would win. Most people know that a diminished BBC, like a diminished NHS, would diminish us all.

Now, I really do enjoy reading Nick Cohen when he's writing passionately about something I agree with him over. It's on those occasions where Nick proves himself to be one of the wisest and most independent-minded commentators in the country. When he's passionate about something I don't agree with him about though, well, frankly-speaking, he brings nothing but discredit on himself.

It usually works like that, even with media types I don't like, such as Yasmin Alibhai Brown. She's obviously a rude, nasty, bigoted ignoramus, except on those very rare occasions when she says something I agree with her about (like the wrongness of the full Muslim veil), at which point she reveals herself as unexpectedly shrewd and insightful. (And the same goes for young Owen and Polly).

I do find it delightfully reassuring that media types are always at their best when saying things I agree with them about. I wish they all did, for their sakes (and the country's sake).... 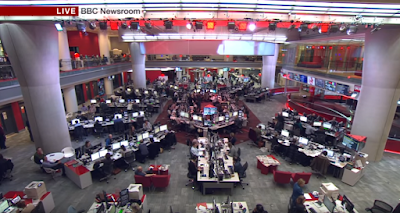 ...which, of course, might very well be how Nick Cohen imagines that people like me really think, and that such thinking flows into my criticism of the BBC.

In this Observer piece, however, he seems not to have considered that such thinking might also steer him in particular directions too, and flow into his own passionate defence of the BBC.

Isn't he just as guilty of failing to stand outside of a kind of Marxist 'false consciousness' here?

After all, each and every one of the groups of people he cites as opponents of the BBC are the very people he doesn't agree with - the Tories, UKIP, Scot Nats and Corbynistas.

The people he does agree with - the centre, the centre-left, the soft-left, pro-EU people, Scottish unionists - are far less anti-BBC.

....and that he believes the BBC to be impartial because it shares so many of his views (if not all of them).

In this light, it's not that the BBC is unbiased because it's getting complaints from both sides, but because the BBC is heavily biased towards a particular position somewhere between UKIP, right-wing Tories, the SNP and the Labour left.

Is he prepared to seriously re-examine his own "facts" about the BBC's impartiality. say over its EU coverage? There's plenty of evidence out them for him to look at, plus the admissions of serious figures that there has been a pro-EU bias at the BBC in the past. Has he seen it? Did he just choose to disbelieve it?

This 'false consciousness' thing works both ways. No one, not even Nick Cohen, should assume themselves to be immune from it. And neither should anyone at the BBC.

I do, however, take his point about how conservative types might come to regret the loss of all the good stuff that the BBC does. The BBC does do a lot of very good things (and you really would have to be seriously hardcore in your hatred of the BBC to deny that). I myself, as a blogger about BBC bias, might not say that often enough. But...

...that does not mean the BBC should be heavily biased on so many very important issues (given the licence fee)...

...and it doesn't mean that anything Nick's 'Thatcherite ideologue' John Whittingdale is planning anything like the the wholesale massacre of quality programming at the BBC that Nick Cohen implies he's planning either...

Incidentally, the link that Nick Cohen uses to prove that the BBC is still highly trusted by the British public reveals that he's using the heavily-slated findings of the BBC Trust's own preferred, small-scale survey into the matter whose findings by-passed the large-scale public consulation originally commissioned by the Trust - the findings of which were, apparently, far less positive.