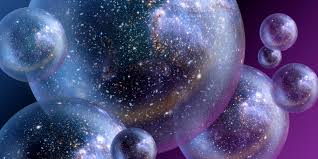 If you were pleased at BBC Radio 4 for, for once, going beyond its comfort zone last week and broadcasting Roger Scruton's intensely-argued defence of free speech on A Point of View, with its (vanishingly-rare-for-BBC-Radio-4) criticisms of people who hurl accusations of 'Islamophobia' and 'homophobia' at others...

...or if you felt that the one tiny chink of light in the BBC's gushing, overwhelmingly uncritical coverage of the release of Shaker Aamer was the occasional glimpse of someone from the Henry Jackson Society (such as Robin Simcox or Douglas Murray) sounding a note of caution...

...or if you were listening to Radio 2 (which I wasn't) and were pleasantly surprised to hear Vanessa Feltz abandoning the BBC's usual political correctness a challenging the gay man who won a discrimination case against a locksmith who had blown him a 'sarcastic kiss...

...then you probably won't have enjoyed tonight's Feedback with Roger Bolton - and you even might feel that you're living in a parallel universe to Roger's correspondents.

Vanessa was denounced for being rude; Roger Scruton was criticised for not considering the feelings of Muslims and gays; and Radio 4 was slammed by all and sundry for featuring people from the Henry Jackson Society (with one Twitter calling that organisation a "voice" that shouldn't be heard on the BBC).

One possible explanation of this is that Feedback only picked the complainants that helped it push its own biased agenda.

....except that, oddly, Roger Bolton (seemingly taking up his listeners' cudgels) did mention in passing that most people who wrote in said they'd found Roger Scruton's piece "refreshing"....

....yet that wasn't what was he and Feedback focused on.

Feedback focused almost exclusively on Prof. Scruton's critics instead - those unhappy with his dismissal of 'Islamophobia', etc. [Roger B even quoted one of those 'check your privilege' idiots at Roger S (for being white) along the way.]

That kind of thing does make you wonder.

Anyhow, Roger Scruton is back on Radio 4 at 8.50 tonight.

Roger Scruton says we must feel free to express opinions and to make jokes that others may find offensive; censoring them them only leads to a loss of reasoned argument.

"The policing of the public sphere with a view to suppressing 'racist' opinions has caused a kind of public psychosis, a sense of having to tip-toe through a minefield, and to avoid all the areas where the bomb of outrage might go off in your face."

It's only a couple of weeks since a few Feedback listeners went mad about such jokes on Radio 4 Extra's re-broadcasts of The News Huddlines. Prof. Scruton's over-sensitive listeners had better brace themselves, hide themselves in a safe place, put cotton wool in their ears, ready the smelling salts and switch off the radio for ten minutes. Or write again to Roger Bolton at Feedback.
Posted by Craig at 17:59