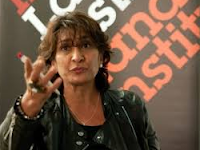 As events were unfolding in Paris on Friday night, Radio 4's The World Tonight, in typical BBC Radio 4 fashion, debated the ethics of killing Mohammed Emwazi.

Here's a transcription of the whole interview (especially as the discussion turned out to be very interesting).

Note, however, the questions put to each guest by presenter Razia Iqbal.

It give the strong impression (to me) that Razia Iqbal was siding with Mr Sands over the issue of killing Emwazi.

Razia Iqbal: So is it legal or ethical to target enemies in this way? Would it have been better to put him and others like him on trial? Would that even be possible? I'm joined now by the lawyer and expert on international human rights lawyer Philippe Sands QC and Lord Richard Dannatt, former head of the army and Chief of the General Staff. Welcome to the programme. Phillipe Sands, David Cameron has called this killing "an act of self defence". Is it? Was it legal?

Philippe Sands: Well, he's used words that exist in international law, and I just want to say before getting into that issue just how one feels for the families of the victims of this individual and one completely understands the sense of welcoming the removal of this individual. Is it an act of self-defence? You can use self-defence if an armed attack occurs or if it is imminent. Did this individual pose a threat to the United Kingdom? Well, I don't know what the evidence is. It's not immediately apparent that he did, and I think the question we have to ask ourselves is, "What's going to be the impact of this?", and I suspect it's going to be nothing at all because he's a lowly thug and a criminal, not someone who poses a fundamental threat to the United Kingdom. And what is to be done about it? Jeremy Corbyn has said it would be better in an ideal world to take him before a court of law and, of course, I have a lot of sympathy for that, but the reality is that on the ground in Syria now we are forced to take a situation as a country which we now execute, in effect, by extra-judicial killings our own nationals, and the question that arises is, "What's the policy? What's the legal advice? And where is this going to lead to?"

Razia Iqbal: Lord Dannatt, Philippe Sands is right, isn't he? It does raise a whole load of questions even within the context of the perception of this man and his reputation. Many of the relatives of his victims said they would have preferred to have seen him in court.

Lord Dannatt: Well, Philippe Sands is right in terms of asking a number of questions. I think he's right in terms of his supposition. Of course, in the ideal world in which we do not live to bring someone about who we would wish to lay charges into a court of law, hear the evidence, try him and let a jury or judge take a view would be the ideal outcome, but, of course, that's not the world in which we live. We live in a very brutal and violent world at the present moment. And in terms of what Mohammed Emwazi has done it's quite clear that he has taken the life of - on the basis of very good intelligence analysis - two British citizens and a number of other citizens of other countries in a very violent and despicable way and broadcast it on television. In the modern world of complex warfare in which we live conducting operations in the way that has been done in the last few days, which has resulted in his killing, or possible killing, is a consequence of that kind of warfare. I''m afraid no bleeding hearts as far as I'm concerned.

Razia Iqbal: Fair enough, "no bleeding hearts", but isn't it true to say that perhaps he wasn't an imminent threat? That many people say that this man didn't have an operational role within Islamic state as an organisation, and his last execution was in January. In the context of the imminent threat that he posed, is it right to have targeted him in this way?

Lord Dannatt: What do you know about what British citizens might have fallen into his hands tomorrow? Fortunately well-intentioned aid workers have kept well away from the Syria area over the last few months and, who knows, someone could have fallen into this despicable man's hands tomorrow, and why do we think he might not have taken the knife to their throats tomorrow? I think his past actions indicate that he is a violent, despicable man who, frankly, does not deserve our sympathy or our mercy - and that is what has happened in, actually, a very targeted way. The other issue in all of this is the morality of drone strikes. Drones are very effective, very well targeted, very carefully planned operations and undoubtedly that man was identified, tracked, analysed, followed and a strike was deployed against him and, frankly, I think most reasonable people would say that was not an unreasonable outcome in this very complex war on ISIL, the so-called Islamic State, that we're all caught up in. And just...

Lord Dannatt: Hang on, hang on, I'm not going to talk over you. Don't talk over me. Just reflect on what's happening in Paris at the present moment. We don't live in very nice times.

Razia Iqbal: Philippe Sands, this shifting of the contours of legality when it comes to the targeting of people overseas is a really difficult terrain, is it not?

Philippe Sands: Well it is a difficult terrain. It looks like retribution dressed up as self-defence. I think that's an unhappy situation to be in. What I'd say to Lord Dannatt is no one has sympathy and there's a lot of violent, despicable people around there out in the world. What are we now engaged on? A policy that we seek to kill them all? I would ask us all to stop and reflect. We were engaged in a monumental struggle with the IRA over many years. It posed a much more direct threat, if you like, to people in the United Kingdom and to the United Kingdom. Did the United Kingdom engage in a shoot-to-kill policy? Well, if it did it didn't have widespread support and when it did come before the courts it was held to be inappropriate. And the question we really have to ask ourselves is, "Are we slip-sliding into a situation, with no sympathy for this individual, in which we nevertheless find ourselves...in which we take...in a situation in which we take steps where we become like those who seek to do harm to us?" We need to ask ourselves the long, hard question, "What policy direction are we now taking and do we quote 'self-defence' every time and individual poses a threat to a British national?" Is that where we're heading?