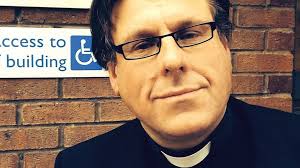 Those of us who argue that the BBC is biased are probably on our firmest ground when it comes to contending that the BBC has a deep bias in favour of social liberalism.

This bias manifests itself in so many ways...

....from Mark Easton's reporting on the issue of drugs liberalisation through to Evan Davis's bizarre hi-jacking of a Newsnight election debate with Northern Irish politicians in order (surely in contravention of BBC election guidelines?) to relentlessly grill the representative of the NI party least in tune with socially liberal attitudes there...

...from John Humphrys's displays of total incredulity when interviewing anyone opposed to women bishops through to that truly extraordinary tweet from the BBC Press Office (swiftly deleted) which chose to personally attack John Whittingdale for his personal views on issues like gay rights and gay marriage - as if that was obviously utterly damning.

Now, even Feedback's Roger Bolton thinks that there's a significant problem of bias over this.

He expressed concerns a few years back about what he saw as the marginalisation of those who hold views than run counter to the BBC's prevailing "liberal secular humanist" outlook. He hoped for better from the BBC:

There should at least be an effort to say that just because somebody is against gay marriage or against IVF doesn’t necessarily mean they are a lunatic – it is part of their belief, they have a genuine problem here with the legal authority or whatever – understand that position.

This failure of imagination at the BBC (often verging on contempt) when it comes to understanding those who hold socially conservative views - especially Christians who hold socially conservative views (much less so Muslims) - leaps out all over the place on the BBC, whether on news bulletins, comedy shows. Radio 4's Sunday or BBC Three documentaries, etc.

Or on BBC local radio.

Please give a listen to the following interviews on the BBC's Three Counties Radio - and they really have to be heard to be believed. (They may not be good for your blood pressure though):

Here's the background: Barry Trayhorn was a volunteer gardener and chaplain at a centre for sex offenders. He was dismissed by the authorities there for breaching equality laws. His modern-day sin? During a service there he recited the following passage from Corinthians:

It was the bit about "men who have sex with men" that seems to have offended the authorities and led to him being disciplined.

Now, you may not share Barry's beliefs (and I certainly don't) and you may also think that the authorities were wholly within their rights to take action against him...

...but that's surely no excuse whatsoever for the BBC presenter here, Iain Lee (who sounds uncannily like 'Gary Bellamy' from Radio 4's spoof phone-in show Down the Line), to be so personally abusive to his guests.

Is it right (BBC editorial guidelines-wise) for a BBC interviewer to abuse his guests and belittle their religious beliefs in this way, just because they happen to be socially conservative Christians who hold beliefs which seemingly offend his own socially liberal, secular sensibilities?

Should a supposedly impartial BBC presenter repeatedly hurl words like "obnoxious", "poisonous" and "bigoted" at his (socially conservative Christian) guests?

...and my eyebrows soared heavenwards at the bit when Iain snappily denounced "Christians...and it's not all Christians. Some are enlightened..." for their "horrible, patronising, superior way". (Irony alert! Irony alert!)

Given that he was being horrible, patronising and superior not just here but throughout both interviews, he needs, frankly - if he'll forgive me quoting the Bible - to remove the beam in his own eye.
Posted by Craig at 16:15