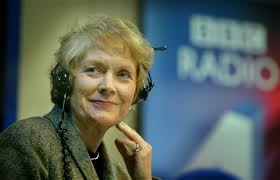 I saw a comment somewhere earlier today that said that the paper review on this morning's Broadcasting House was 'typical BBC' in that all three guests - a BBC presenter, a BBC comedian and a poet 'discovered' by the BBC - made the kinds of remarks about Shaker Aamer that only people inside the BBC bubble (and its various connecting bubbles) could possibly think and say.

Though only two of the guests were actually involved (the BBC presenter and the BBC comedian), I think that's a fair point.

Are these views (the only views heard) typical of the general public? I very much doubt it:

Carrie Gracie: Sue, you first. What caught your eye?

Sue MacGregor: Well, I'm looking at The Observer, this morning's Observer, and the Shaker Aamer story is, of course, featuring very large too in that. He is the British chap who was in Guantanamo Bay for so many years and he's just flown back and The Observer has a lead story on it: "Shaker Aamer will need years of therapy after release from Guantanamo." Now, of course, Guantanamo was one of the first promises that President Barack Obama made in his first term of office, which was, I think on Day Two, which was it would close close down, and everyone thought - well, a lot of people thought - this would be a very good idea. And as we all know, it's still open all these years later. And Michael Cohen in The Observer in the story next to the Shaker Aamer story, says, what a shame that President Obama didn't try to get it through Congress then because now it looks impossible with an increasingly right-wing Republican opposition.

Carrie Gracie: Hmm. Sanjeev Kohli, what do you make of the coverage of this story?

Sanjeev Kohli: Well, I do worry because there's talk of him maybe getting a million pounds compensation and I can already read the Daily Mail reader's reaction to this. To them I would say a million pounds doesn't really cover 14 years of your freedom being taken away from you. I understand that when he left his pregnant wife and his child was born when he was incarcerated. So, yeah, I can't see that any amount of money would actually compensate for that. What it does also do is it gives us a new time-frame because I believe that one 'Shaker Aamer' is going to be equivalent to I think two 'Chilcotts'. So I think the scientists out there...we could have a new time-frame we could apply to science now. 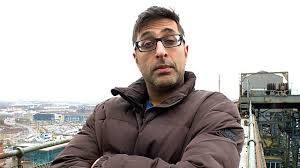 Having got over Sue MacGregor inevitably going straight to The Observer (something she's done before on these paper reviews), I was immediately struck by her calling Shaker a "British chap" - which couldn't be more wrong for starters. And, oh, he's going to have to endure years of therapy. (My heart bleeds for him). And, oh, she's more than happy (despite being a BBC presenter) to make it clear that she shares the belief that closing Guantanamo would be "a very good idea". And that, despite the evidence that Barack Obama broke his promise, it's mostly down to those increasingly right-wing Republicans. "If only", eh Sue?

Sanjeev, like a true BBC comedian, went straight for Daily Mail readers, ("O.M.G. The Daily Mail...er..readers! Total Nazis!"), ignoring the fact that the evil Daily Mail has been one of the most active campaigners for Shaker Aamer's release (though no one on BH pointed that out). Yes, said Sanjeev, give Shaky the money, give him more money, give him all the money in the world, and please think of the children and his pregnant wife (who were in Afghanistan, I believe, when he was arrested doing his 'bid' for 'charidee').

Alas for him (though not for me), his 'time-frame' joke bombed even worse than that Tim Vine joke I posted the other day.
Posted by Craig at 18:50