"I can rant about this from hour to hour because it makes me so angry that we should walk into other people’s countries and completely demolish whatever system they might have had beforehand, and then after, when the pressure gets a bit too great and you walk out, we never notice again what’s happened"

Ranting certainly seems to be coming into fashion at the BBC.

Here's John Simpson's (self-admitted) rant to the Huffington Post, comparing the media's coverage of the Paris attacks with the bombings in Beirut:

It's grotesquely selective actually. Don't get me wrong, it's not that I think the [Paris attacks] don't matter, it matters hugely what happened in Paris. It's one of the most important things of this decade. It's just that you know, 130 people die in other countries and we shouldn't let ourselves be blinded to that simply because we're more interested in Paris.

It matters less when it happens in Lebanon because Lebanon is a country which, although is quite close, is not where most people go.

Honestly, I spend a lot of my time reporting from Iraq and you know, once a week, there are dozens of people killed in bomb attacks and suicide attacks and so forth. And it scarcely gets a mention. And the same thing in Afghanistan.

I can rant about this from hour to hour because it makes me so angry that we should walk into other people’s countries and completely demolish whatever system they might have had beforehand, and then after, when the pressure gets a bit too great and you walk out, we never notice again what’s happened.

[Question: Was  the Paris massacre more important?] It's likely to have a bigger effect on Western policy than the Lebanon attacks. So only in that sense.

There's no doubt about it. The British media is not as interested in Lebanon, in Iraq, in Afghanistan, in Libya, as it is in other places. And I feel that’s really wrong.

Yes, there are companies which honourably report there - Reuters, the BBC - but by and large the newspapers which once reported quite heavily on Iraq and Afghanistan and other places have left. It’s partly money, it’s partly safety.

I don’t want everything I say to be regarded as a criticism. It’s just a statement of what’s happening. But the result of that is we seem not to be so interested really in deaths in one part of the world compared to another. 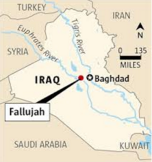 John Simpson's criticism of Western military action in and around the Middle East there is a subject he returns to later in the interview, when he's asked to name the proudest moment of his career (and, no, it's not liberating Kabul single-handed):

It would be silly not to mention the fall of the Berlin wall, and the end of apartheid in South Africa, the end of communism in Russia. These were all epoch-making things. But if you ask me what I was most proud of, I’m proudest of having done something that nobody noticed, scarcely got used by the BBC, but which was really difficult to do.

It's nothing that anybody except me would have noticed. But there’s a town called Fallujah in Iraq which was attacked by the Americans with weapons of such deep questionability that the incidents of birth defects among children is astronomically high. Even still. And I made it there and I went and saw it and I spent only one morning there because it was so, it was really difficult. I mean, Fallujah now, it’s this death sentence to go there.

It was hard. And the rewards weren’t very great and the BBC paid almost no attention to the story and it just got me a shoal of attacks from the US, but that was...I felt that was what I ought to be doing. Not the grand stuff, but just trying to show what was really happening.

Of all the stuff I’ve ever done, I am proudest of that.