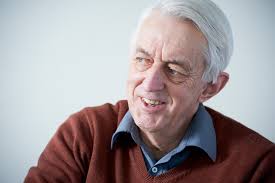 While Nabila Ramdani was providing 'expert' analysis on this morning's Today, BBC Breakfast employed Paul Rogers, professor of Peace Studies at Bradford University, as its expert voice on the Paris terrorist attacks.

Prof. Rogers made four separate appearances between 6.00 and 9.00. ("We'll be taking to you throughout the day", said one of the Breakfast presenters early on).

Here's a flavour of his contributions this morning:

6.54 This was a huge provocation, a retaliation and they actually want to increase the level of war. You see these people, ISIS, are trying to portray themselves as the guardians of Islam under attack from the West. The overwhelming majority of Muslims worldwide hate this. It worries them hugely. But this is what this group wants to do. They are provoking us.

What Isis wants to do is to get more countries attacking it. You have to turn the whole thing round. Their view is they are the defenders of the Islam under attack from the Western crusaders. It's a perverse thing. The overwhelming majority of Muslims hate this. They are very worried about this. But for a tiny minority in fact it scores points.

8.52 We don't know who is responsible but I think you can more or less be certain it's linked to the Middle East, most likely ISIS. We've heard that some of the attackers at the Stade de France were actually shouting that this is in revenge for what France they claim is doing in Syria. So it's the war in a sense coming back to Western Europe in many ways.

The war that we thought was over there is in a sense coming back here, and that must be a cause for huge reflection, presenting very big problems for Western politicians.

Professor Rogers (a strong Jeremy Corbyn supporter and a favourite of the Stop the War coalition) made two key points here: (1) that the attacks are blowback from Western foreign policy and (2) that the overwhelming majority of Muslims hate what ISIS are doing.

Of course, he is fully entitled to his views. Whether BBC Breakfast ought to have made him their sole 'official expert' this morning is another matter entirely though - especially when neither presenter challenged his opinions and there were no opposing guests....

...and when BBC Breakfast on morphing into the BBC News Channel after 9.00 then replaced him with Nabila Ramdani of all people.

It's almost as if the BBC was stocking their main news outlets this morning with voices that suited the corporation's own 'position' on the French terrorist attacks.
Posted by Craig at 18:40