"Without [free speech] we will never really know what we think" 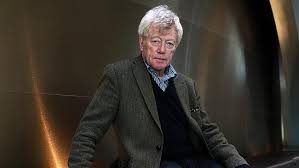 Roger Scruton's second A Point of View in defence of free speech was as fine as his first. I strongly recommend it to you.

It is also bound to be complained about to Feedback by the kind of people who object to hearing such views expressed on BBC Radio 4 - somewhere they are not used to hearing them; indeed, a station that's almost a ready-made 'safe space' for such people.

If they do complain that such views are inappropriate for Radio 4, Prof. Scruton's case would be made for him.

Anyhow, here are some extracts from his latest talk:

We have to remember however than offence can be taken even when it has not been given. There are radical feminists who search every innocent remark about women for the hidden sexist agenda.....It is not that you wish to give offence but you are up against people who are expert it, who have cultivated the art of taking offence over many years and who are never more delighted than when some innocent man falls into the trap of speaking incorrectly.

The art of taking offence is used by small-minded people to gain an unwarranted advantage over the rest of us.

But how should we deal with the joke that gives offence? You cannot legislate against offence. No legislation, no invention of new crimes and punishments can possibly introduce irony, forgiveness and good will into minds schooled in the art of being offended. This is as true of radical feminists as of sectarians and radical Islamists. While we have a moral duty to laugh at them they have also made it dangerous to do so. But we should never lose sight of the fact that it is they not we who are the transgressors.

The policing of the public sphere with a view to suppressing racist opinions has caused a kind of public psychosis, a sense of having to tiptoe through a minefield and to avoid all the areas where the bomb of outrage might go off in your face. And this bomb has been planted and primed by people many of whom see the accusation of racism as a useful way to undermine our belief in our country and its way of life. Hence police forces, public officials, city councillors and teachers have hesitated to think what they know to be true or to act against what they know to be wrong. We have seen this in the cases of sexual abuse in Rotherham and elsewhere when reluctance to single out an immigrant community for blame has been one reason for failing to act.

Self-censorship is even more harmful than censorship by the state for it shuts down the conversation completely. Because of mass migration our society has undergone vast and potentially traumatic changes but without the benefit of public discussion and as though we have no choice over our future. The depths of confusion and resentment are beginning to be perceivable, not only here but all across Europe. And it is discussion alone that would have prevented them. Those who have tried to initiate that discussion have been subjected to witch-hunts and character assassination of a kind few people can easily endure. The result has been a loss of reasoned argument in places where nothing is need so much as reasoned argument.

Without [free speech] we will never really know what we think.