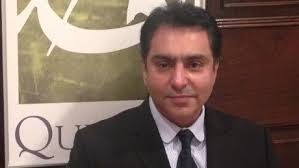 This morning's Sunday on Radio 4 began with a report from Trevor Barnes about how people of faith in London have been reacting to the massacres in Paris, and some of it was very moving.

In the midst of his report came a brief contribution from Dr Shuja Shafi, secretary general of the Muslim Council of Britain:

Trevor Barnes: How did you react to this atrocity?
Shuja Shafi: With horror. Horrified to hear and see what was unfolding. I think what we have to make sure is that that is their narrative which is wrong and we have to make sure this is nothing to do with Islam and they're as much an enemy of Islam as anything else.

And that really was it.

I may be doing Dr Shafi a terrible injustice here, but I can only comment on what I heard. In contrast to the heartfelt contributions of everyone else in Trevor's report, this sounded like a brief, generalised expression of horror followed, all too quickly, by that distressingly overused, self-serving and false turn of phrase, "this is nothing to do with Islam" - and that didn't inspire confidence.

The programme ended, however, with an engrossing discussion about the extent to which the actions of Islamic State and their supportive terrorists actually do have something to do with Islam.

The discussion's starting point, read out by presenter William Crawley, was IS's Islam-soaked 'press release', every sentence of which was absolutely saturated with religious language.

Three people took part in this discussion (besides its presenter).

Two - Katherine Brown of King College, University of London and Dr Sara Silvestri of City University, London - were academics of the kind I'd expect to appear on the BBC - academics who inhabit that peculiar world of academic PC jargon and extreme sensitivity towards 'the internal Other', namely Muslims (especially Dr Silvestri, who was very prone to jargon).

The third guest was Haras Rafiq of the Quilliam Foundation and, unlike Ms Brown and Dr Silvestri, he eschewed academic jargon and made a good deal of sense to me.

While Dr Silvestri wouldn't go beyond saying that ISIS had an "ideology" and Katherine Brown stuck to implying that ISIL's use of religious language was a distortion of Islam, Haras Rafiq struck a very different note:


I think, first of all, we have to understand where this particular theological interpretation comes from. It comes very much from Muhammad ibn Abd al-Wahhab....and the theology that Muhammad ibn Abd al-Wahhab came up with, which is loosely known as Wahhabism...and some people call it Salafism - was born out of having an enemy. It actually was created as a theological reform at the time, a reformation almost, to combat and take on the colonial Ottoman Empire, as its founder saw it.

The words that they [Islamic State] used were very, very interesting. They are designed to create and bind to a particular identity. a particular world view, use words like 'Allah' quite a lot, 'God', 'soldiers', 'Caliphate', 'believers', 'killed', 'identity', 'terror'.

And any theology can be interpreted in any particular way to suit any particular political aim, but one thing is very interesting - that we are living in a time when there is, whether we like it or not, a jihadist insurgency and any jihadist insurgency is only really sustainable if it has some sort of support amongst the community and, of course, there is some support and that's the theology and the political ideology which we call 'Islamism', as opposed to 'Islam, the faith', that we need to tackle. 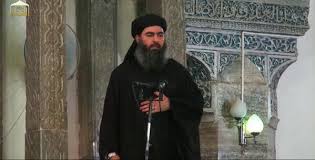 Though a highly likeable presenter, William Crawley did come across as being 'very BBC' here. Fairly late in the discussion, and failing (it seems) to have quite taken Haras's first contribution on board, he suddenly interjected the following - as if trying to get the discussion back 'on track':


We're making it really clear today. this is not an action, this is not a military action of the religion of Islam. Everyone's emphasing that point. This is a twisted version of a very extremist cult, a death cult really, within the wider Islamic tradition. But it doesn't follow that everyone who reads Islamic texts goes this way. How do you explain why some people are taken into this theological bubble?

Haras Rafiq really wasn't quite buying that - or what Sunday's other guests were saying either:


Sure. First of all, when we look at the psychology, the whole narrative that it's about disenfranchisement, it's about foreign policy, it's about poverty, doesn't really wash. If you look at some statistics, 57% of the convicted Islamist terrorists here in the UK went to higher education, had a degree. More than half of the people that are convicted of  Islamist terrorism here in the UK actually were middle class, were actually engaged in either studying for medicine or other well-to-do ...social sciences, and living a good life.

But if you look at the actual psychology. the psychology really and the reading, you mentioned "the twisted version", this is not neces...this is a version. This is a version that is coming out of the Middle East, a version...

What is the difference between somebody in Saudi Arabia or somebody else in the Middle East who actually says that in an ideal Islamic state that anyone who commits...somebody who goes through the due process of Sharia and actually changes their faith should be stoned to death or somebody who is gay should be stoned to death. Then ISIS. The only difference is that one has a theological interpretation that they would like to do it if they could, and in Saudi Arabia (and other places) they are, and in the other one they've created the Islamic State.

So this is really a version that is coming out from the Middle East and it's designed to do seven things. The first is create the 'otherisation': "I am one group any everyone else is different". Secondly, collectivisation, that "Everybody else is the same". Then it talks about the 'oppression narrative', that "They are oppressing us". It talks about the 'collective guilt' that "everybody else is complicit" in oppressing them. Then comes the 'supremacism': "We're better than them". Then comes the 'self-defence' and finally the idea of violence. This is not new. We've had this theology within mainstream Islam for a couple of hundred years or so...

...at which point William Crawley interrupted to say, "And indeed within medieval Christianity, a kind of apocalyptic theology - a form of theological paranoia".

Haras agreed that that's what it is and called for reform - not a reformation but reform: a plurality of interpretations drawing on traditional, classical readings. Hmm.

As William said in conclusion, very interesting indeed.
Posted by Craig at 19:19