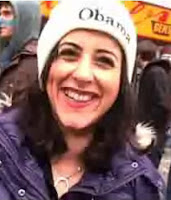 Those startling UK population projections were also the starting point for Anita Anand's Any Answers this week, and I think Anita was trying to do exactly what the BBC online team behind that BBC News website report were trying to do - to spin the ONS stats away from immigration and onto the ageing population issue:

The thing is you said that it's about population growth but when you break down the figures for the UK you've got about half - maybe 51% edging - coming net migration but half of that growth is coming from the fact that people are living longer. They're not dying at the rate they used to die before.

But the numbers would suggest that the world is going to be more crowded. People are living...I mean apart from the fact that people...and I keep stressing, and I know there are people who want to talk about immigration...we will, of course, if you want to talk about that, we will...but putting these statistics: 51% of the growth that we are talking about for 2027 is going to come from immigration and about 50%, just under 50%, is going to come from the fact that medicine is better, that doctors know what to do with this and end of life better (sic), that we live a lot longer - ten, twenty years longer than we did before. That's why we're getting full up.

When Anita Anand  repeatedly asserts that around 50% of the projected population growth comes from "the fact that people are living longer" rather than immigration she's misrepresenting (intentionally or otherwise) what the ONS is saying.

The ONS report itself states:

Unfortunately for Anita, her callers yesterday were a cussed lot and kept going firmly off-message on every subject, so immigration kept coming up whether she liked it or not.

Some, of course, still don't want us to have that debate - as you can see from Anita's introduction yesterday:


The UK population is set to increase beyond 70 million in the next 12 years, so I just want to know how you reacted to that news. It provoked one of the most ferocious debates I think we've heard on Any Questions for some time. Is this a future strain on public services? Is it a widening of our economic base? You heard Michael Heseltine just a moment ago saying that it was a dangerous kind of debate engendered by this subject. "I know the sort of fears that are conjured up and, look, it isn't new. We had it with Enoch Powell, " he said. Your thoughts very welcome.

That, incidentally, is Anita's second use of Enoch Powell's name within the past month. Only three weeks ago, if you recall, another of her introductions (concerning some anti-immigration remarks from Theresa May) included the following:

Perhaps you thought she was evoking the ghost of Powell when she should have been evoking the spirit of the Great British Bake Off? Do get in touch and let me know.

She clearly has a thing about Enoch Powell.


P.S. This whole edition of Any Answers was an enjoyably strange listen. Callers went off-message in all manner of directions.

The section on Syria, for example, seemed to bring the entire UK branch of the We Love Bashar Al-Assad Society onto Radio 4's airwaves - and Anita Anand did not approve.

Anita's habit of showing her disapproval at every turn hasn't gone unnoticed by others either: