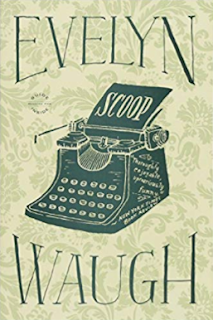 As discussed on the Open Thread, the BBC really did appear to get a major scoop yesterday.

Some notes were "passed to them" of a step-by-step timeline ('grid') of how the Government might try to sell a Brexit deal to the public and parliament. The Government is denying that it reflects government thinking and is denying its authenticity, but it's a fascinating read nonetheless - and, were it authentic, it would be deeply worrying, as it would prove Government manipulation on a grant scale. Time will tell if any of it still pans out and confirms it. (But if it is genuine, won't it be scrapped now, following the leak?)

It transpires, though, as so often whenever the BBC claims a scoop, that it wasn't quite the 'BBC exclusive' they implied it to be. Both the Guardian and PR Week make it clear that these 'notes' were leaked to several media outlets, including the Guardian, and not just the BBC. (So why are the BBC so obsessed with claiming 'exclusive' status and with not acknowledging other media outlets?)

Anyhow, as also noted on the Open Thread, it's striking how little use the BBC has made of its 'scoop'. Yes, there have been the US midterms to keep them (very busy), but even that still doesn't account for their quickly-waning interest in the story.

It appeared on last night's News at Ten. "BBC News has seen...", "a note passed to the BBC", said Huw Edwards and Laura Kuenssberg:


Ministers have been told there may be a cabinet meeting, later this week to approve a plan for Brexit. And BBC News has seen a suggested timetable for how the Government might try to present its Brexit deal to the public and Parliament.

But a note passed to the BBC suggests they'd wanted to review a deal today and announce big progress this week to kick off a three-week grid, a process to sell the deal to Parliament, and to you. This, then, suggests a day by day, blow by blow guide, to how the Government hopes to sell a deal to you and to Parliament. A speech by Theresa May, speeches by other Government ministers, former Foreign Secretaries and foreign leaders coming on board, businesses coming out to back the deal, and a plan for each day of debate in the House of Commons with a final vote saying yes or no to the deal at the end of this month. That is still not impossible for such a timetable to work but it is certainly right now far from being guaranteed. Downing Street says it's not Theresa May's plan and the childish language in the notes shows it's not an official document. But there are clearly plenty of discussions about how to broker the deal with the public, if it can be done with Brussels.

But, checking TV Eyes, thereafter it pretty much disappeared from the BBC News Channel (only a mention or two on the paper reviews when reading out a Daily Telegraph headline as far as I can see).

Did the BBC instantly lose faith in it? Or did they bury it (either to help the government or their own anti-Brexit agenda)?

The section that stood out for me from the 'grid', for obvious reasons, is the one that read:

26th - theme is taking back control of our laws, Raab doing media. PM interview with Dimbleby.

Does 'Dimbleby' (either David or Jonathan) do interviews with the PM these days?

All eyes then on Mr Raab and Mrs May on 26 November then (or thereabouts)!
Posted by Craig at 16:03