Slipping back to the subject of Newsnight, one of its most talked-about features this week was a piece by philosopher Alain de Botton. It tackled the subject of 'the news' itself, and was highly critical of modern newsgathering and reporting.

It was certainly interesting to have Alain de Botton on Newsnight giving an intellectual's two-fingered salute to media organisations like the BBC - and doing so on one of the BBC's own programmes. His short report was so packed with ideas - some initially persuasive, others less so - that it needed re-watching.

A studio discussion followed, with Jeremy Paxman acting as ringmaster. In the ring with Alain was Newswatch's Samira Ahmed and the man who poisoned public life in the UK, Alistair Campbell (not that that was how Newsnight introduced him). Samira held her ground well against the collective criticisms of Messrs de Botton and Campbell and ended by accusing the Newsnight editor (the famous Ian Katz) of refusing to come on Newswatch. Sue rightly described her as being 'on fire'.

That's the background. Now for what Alain de Botton argued.

He began by saying that the news doesn't come with instructions. Children are taught at school how to analyse books and pictures "but no one ever tells you how to make sense of that far more questionable art form, the news."

We're taught to analyse Shakespeare but not the celebrity section of the Daily Mail.

Well, up to a point Alain. He seems to have forgotten that much-maligned but still-surviving subject, available in many schools, Media Studies, plus the sheer wealth of higher education Media Studies courses being offered (and snapped up).

Still, children (and adults) should be encouraged to look at the news through partly sceptical eyes. Too many people take what they read, see and hear at face value. That probably should be taught in schools (as part of English?)

He then noted that the news is far more powerful at "shaping how we view political and economic reality".

Well, that's so obviously true as to be almost a truism. Part of the logic behind blogs like this and Biased BBC is based on that obvious fact.

He then gave his list of what he finds questionable about the news. 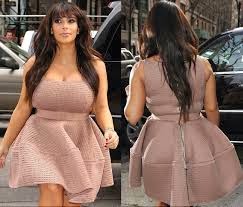 Too much information "starts to numb you", and makes you forget what you're interested in and what can be changed. "Rather than making us more political, an excess of information can erode any real sense of what the priorities really are." This, he suggested, is a sly way of maintaining the status quo.

Well, yes, the news does give you too much news at times. But then it's the news. That's what the news is.

Still, I can see his point that the news as we get it, say, on the BBC News at Six or Today does bombard us with a mass of stories and then moves on to another story and another story. You generally get glimpses of a story at its dramatic beginnings then fail to be shown the aftermath. Some other big story takes its place.

That, however, doesn't take account of the fact that I can go online and click on the Daily Telegraph, Guardian and Economist websites and read plenty of in-depth coverage about a vast number of stories, week in and week out. If you're interested in a story, we have a large and diverse media beyond the BBC that can fill in all the gaps and extend a story almost to infinity.

Plus Alain's point is clearly shading into Adam Curtis left-wing conspiracy theory/paranoia territory - or, to put it more neutrally, into that sector of opinion (found on Twitter and Media Lens) that the BBC and the mainstream UK media are all about propping up the status quo rather than encouraging radical change.

That is the claim that the BBC has an agenda.

Many on the Right have their own mirror image version of that claim, that the BBC is all about undermining traditional British values and promoting progressive social and political change.

His second point  concerns Bias - and here he's singing rather more from the same spreadsheet as Is's very own Sue, and rather against my own instincts on the subject:

Thoughtful people often imagine that what makes news organisations serious and worthy is their ability to provide us with information that's unbiased, but this bias against bias is fundamentally mistaken. Facts only become meaningful to us when they slot into some picture of what matters. Neutrality is simply impossible vis a vis the biggest questions. Think of the big figures of history - Plato, the Buddha, Gandhi, Nelson Mandela. All of these have been highly biased. Their judgements were anything but perfectly balanced. We don't need news stripped of bias. We need news presented to us with the best kinds of bias.

The more I've written this blog and the more Sue has debated this issue with me, the more I can see the truth of their shared point about the impossibility of neutrality. I still don't think though that the attempt to be objective and fair in your reporting of what you see is a bad thing.

Plus we probably all, wherever we come from politically, really feel (in our heart of hearts) that news organisations should present news "with the best kinds of bias" - and I can also see that now.

Unfortunately, I think this inevitably means "my kinds of bias" - even if we're never likely to admit this to ourselves. (Most people aren't, I think, as generous as they like to think they are to their opponents' way of thinking. And I include myself in that).
.
Plus I suspect that Alain de Botton's view of what constitutes "the best kinds of bias" is rather different to mine - and I don't want to pay for the privilege of having someone else's very different "best kinds of bias" imposed upon me, if my own "best kinds of bias" are marginalised as a result.

(Actually that's rather how I feel at the moment about having to endure the BBC's biased version of neutrality.)

This then, surely, is an argument for doing away with the BBC's pretence of neutrality and having it (a) gather together the broadest possible range of opinionated people as its reporters and presenters and giving fair coverage to all their points of views or (b) becoming the UK equivalent of MSNBC in rival to, say, a newly-constituted Sky News acting as the UK equivalent of FOX News. Alain de B's third questionable aspect was styled Narrow Minded (above). Alain somewhat reverted to Pilger/Curtis territory again here, but I suspect many economic liberals who want to see a radically-reduced state might see his essential point and agree with it - and many others might agree with it on a whole range of other points too:

The news may tell us what's happening in the Economic Establishment but it fails to tell us what might or should happen. It sets an agenda but this agenda is woefully limited. The so-called debate about the economy doesn't stray beyond some tightly defined lines, restricting the audience's understanding of what's actually possible. Alternative views soon end up in the territory of what's dismissed as 'radical', 'ridiculous'.

'Outlying' positions on many social and political subjects can be interesting, and might even be valid. Some are simply incendiary.

The restriction of debate to the usual narrow range of voices, plus the odd token 'not-too-far-out' 'radical voice', is common at the BBC. (This morning's Sunday was an absolutely classic example of that). So I can see some truth in Alain's argument here.

Whether he'd want the same 'radical' and 'ridiculous' people as I want to see brought back in from the cold at the BBC I rather doubt - and vice versa.

Next up was Anger.

The news terrifies us every day about floods, fires, cancer, and at the same time it makes us furious, mainly at apparently incompetent people running the country, messing things up. News outlets badly need their audiences to be agitated, frightened and bothered a lot of the time.  And yet we have an even greater responsibility to try to remain resilient and to see that the news is at least, in part, winding us up for its own ends - to keep itself in a job.

Doesn't that rather contradict his earlier point about how those self-same media outlets are trying to numb us into submission to the status quo?

Obviously, there's some truth in A de B's point here though. You hear Radio 4 folk and Guardian-reading types saying that all the time about the Daily Mail of course - and not entirely without justification - though similar kinds of complaint can be turned back on Radio 4 and the Guardian with their own brands of 'anger'-inducing story (over cuts, Islamophobia, bankers' bonuses, Western foreign policy, Israel, etc).

We're into a very old argument here about whether the media should concentrate on 'good news stories' as much as 'bad news stories', and whether the public would actually want to see lots and lots of 'good news stories'. Do we not like getting hot and bothered about stuff? The stuff that agitates us (like BBC bias!) also interests us, and we seem to gravitate towards reading it.

Maybe more of a balance between 'good news' and 'bad news' is needed. That seems desirable to me. But push it too far and viewers might well become bored.

Alain de Botton's next topic was Who cares? and returned us to a subject discussed on Newsnight a couple of week's ago (and discussed at Is too).

We hear about terrible catastrophes all the time - 300 gone here, a thousand starving there - and yet, in our hearts, we all know we don't much care. Is it because we're shallow and cold? No. It's just that the news doesn't help us to care because it parachutes us into places only when disaster strikes but we can't care about people in trouble when we didn't know them when things were OK. We need to know the steady state of a land before we can be motivated to care about its crises. 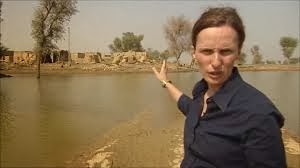 Finally, to end with, came the word Endless.

The news ends up corrupting us with a sense of the overwhelming importance of our own era and concerns - our debt, our affairs, our parties, our rogue missiles - but a good life involves realising their are moments when the news no longer has anything important to teach us, when we have to leave it behind to focus more intently on some of our own anxieties and hopes in the brief time we're all allotted.

Again, doesn't this rather contradict Alain's first point, about the danger of us becoming numb to the news and not feeling motivated to bring about change?

Still, though it's a rather sweeping point, it's probably one that will resonate with a lot of people (including bloggers).

It does unconsciously resonate with a lot of people already, as most people's interest in current affairs does seem very limited, often barely existent. Large swathes of British people must, therefore, already be enjoying the good life, as they have precious little interest in the news and are already content to focus more intently on their own anxieties and hopes, in between watching episodes of Eastenders and Coronation Street.

Wonder if Alain has realised that, and what he thinks about it?

Well, so much for my ramblings on the subject. Time to go and focus on my anxieties over a nice cup of tea.
Posted by Craig at 12:38