Over the Long Term: A Case Study in BBC Bias 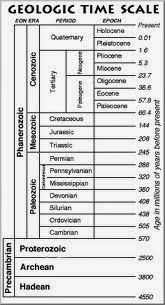 One of the standard responses from the BBC whenever someone complains about an example of bias within a single edition (or two or three editions) of an ongoing series - say, Newsnight or PM - is that the BBC will balance such imbalances (on controversial issues) over time. Overall, long-term balance (give or take) is what they promise.

The way to test the truth of that then is to monitor a particular BBC current affairs programme over the long-term, which we've at Is have been doing with Radio 4's Sunday.

One of the earlier posts here chronicled the programme's interviews concerning a particularly hot political issue (precisely the kind of issue the BBC's editorial guidelines are most designed for) - the coalition government's welfare reforms:

The first edition of Sunday to discuss the subject (27/3/2011) dealt with it by interviewing a critic of the [welfare] bill, Ilyas Khan, Chairman of Leonard Cheshire Disability. No supporters of the bill were interviewed.

The second edition to discuss the subject (20/11/2011) dealt with it by interviewing a critic of the bill, John Packer, Bishop of Ripon and Leeds. No supporters of the bill were interviewed.

The third edition to discuss the subject (22/1/2012) dealt with it by interviewing a critic of the bill, John Packer, Bishop of Ripon and Leeds. No supporters of the bill were interviewed.

The fourth and final edition to discuss the subject (19/2/2012) dealt with it by interviewing a critic of the bill, John Packer, Bishop of Ripon and Leeds. No supporters of the bill were interviewed.

So what's happened since then - and since the welfare bill was passed?

Well, on the 12/5/2013 edition, we got a debate between Labour's Frank Field and the Rt Revd Tim Stevens, Bishop of Leicester following Mr Field's attack on the Bishops in the House of Lords for playing 'gesture politics' and being happy to criticise Government policies whilst rarely turning up to vote. This, however, wasn't the long-awaited balanced discussion about welfare reform we should have expected. It turned out to be a debate about having Bishops in the House of Lords instead. 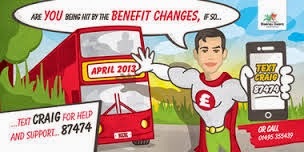 So on went Sunday's interviews, and let's resume where we left off:

The fifth edition to discuss the subject (4/8/2013) dealt with it by interviewing a critic of the reforms, retired Anglican priest Paul Nicholson, a man who was willing to go to prison to oppose the government's benefit cuts. No supporters of the reforms were interviewed.

The sixth edition to discuss the subject (29/09/2013) dealt with it by interviewing a critic of the reforms, Dr David Ison, Dean of St. Pauls. No supporters of the reforms were interviewed.

As you can see there's never been an interview with a supporter of the reforms, resulted in a 6:0 bias against the welfare reforms.

Aren't we due a few equivalent one-on-one interviews with people who can make a moral case for the reforms? (In an ideally-balanced BBC world, six of them spread out over the next three years, with no critics of the reforms!!)

The nearest we've come to a balanced interview on the issue came last week during a discussion between Andy Flannagan of Christians on the Left and Colin Bloom of the Conservative Christian Fellowship on the subject of Christian social teaching, though the welfare reforms were only touched on tangentially - so it can't be considered the long-awaited balanced discussion about welfare reform that we've been waiting for.

Aha, but looking at tomorrow's preview of Sunday on the BBC website, has the moment finally come?

Alas, it's not going to be the first one-on-one interview with a supporter of the reforms though, but at least - at long last - there's going to be a debate on the issue which will feature someone who can make the moral case for the welfare reforms. Praise be!

That guest will be Peter Hitchens of the Mail on Sunday. (There's something strangely inevitable about that).

You may be thinking, 'Well, at least that's one step forward', but - being Sunday -  there just has to be two steps back to accompany it.

Peter Hitchens is going to be put up against not one but two critics of the welfare reforms - the Rt Revd David Walker, Bishop of Manchester and [former Labour MP] John Battle, Anti-Poverty Campaigner with the Leeds West Debt Forum.

So, yes, Sunday finally decides to interview a supporter of welfare reform but then reinforces all its previous bias on the issue by placing him against two critics - a 2:1 bias against the reforms to add to its earlier 6:0 bias in the same direction.

Not good is it?

Now, maybe the Sunday website has a balanced trick up its sleeve in the shape of an unannounced fourth guest - a second supporter of the welfare reforms - but I will not be holding my breath in anticipation of such an impartiality-seeking move on Sunday's part.