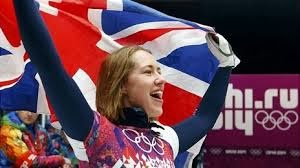 It's a peculiar thing, but whenever I read the inestimable Clive James I always hear his voice in my head as I'm reading. I don't consciously decide to hear his written pieces in my head in this way. It just seems to happen.

See if the same happens to you too when you read his latest piece for the Daily Telegraph, from which this is a taster - and a very tasty taster at that:

To my perhaps jaded eye, the Winter Olympics has been, since the opening ceremony, all downhill, especially when the skiers are not going downhill at all, but are slogging along the level snow for miles before lying down to fire a rifle. A lot of the winter sports are dead boring. But there are a few unmissable events, mainly on the ice-rink; and anyway there was the opening ceremony, which featured Vladimir Putin and, helping to carry the Olympic flag, a young lady rhythmic gymnast who might very well be, we were told, Putin’s unofficial inamorata.

We were told this by our normally strait-laced BBC commentary team, headed, for these Olympics, by the doughty Clare Balding, now thoroughly established as the Beeb’s go-to girl for flogging excitement into a dull sport. Clare can keep a straight face while referring enthusiastically to “legends of the luge”. According to my researches, there is nobody alive who can name even a single legend of the luge. There are people who own a luge who can’t name a legend of the luge.

Theoretically, to watch someone lying on their back as they ride a tea-tray into the pit of doom should be madly exciting, but it is not. Nor are the heavily publicised new acrobatic snow-board events all that gripping after you have seen the first competitor do all the tricks. The next competitor does all the same tricks and it is up to the raving commentator to provide the excitement. “There’s the double upside inside switchback triple twist!” 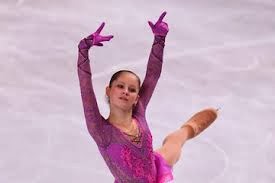 But hush, the skaters are on the rink, and once again the Russians have manufactured a 15-year-old miracle girl. Linking her jumps in a legato line, she is cooler than the ice. We have seen it all before, but it’s still pretty wonderful. There were a few real-life episodes missing from the dramatised Russian history spectacular in the opening ceremony, but they can be legitimately proud of some of their skaters, those glittering incarnations of a great poetic tradition.