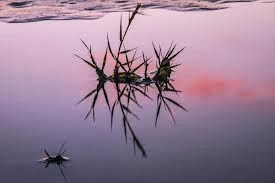 As Sue's in a reflective mood tonight (and inventing much better titles than me)...

They used to have a 'buzz' section, picking up on posts about the programme from across the intercyberwebosphere. Our two links stayed there for months.

That felt weird at the time. Admittedly, one of the two posts they linked to was broadly (but not completely) complimentary to them, but the other - the one about their bias on the subject of welfare - most certainly wasn't, and I thought it was much to their credit that they featured those links so prominently.

Quite a few Radio 4 websites had such a feature back then, thought most of them seem to have vanished. Sunday's was one of those that vanished, so there have been no links to "Is" from them for over a year now.

That said, given that I've become much more hardline towards them though over time, they probably wouldn't have linked to us now even if they did still feature a 'buzz' section!

This raises an obvious question: How many people at the BBC read blogs about BBC bias?

Well, some obviously do, as I continue to dine out on the fact that we got a good-humoured mention on BBC Correspondents Look Ahead at the very end of 2012, after they'd checked out a post that painstakingly detailed (and mocked) their almost entirely wrong predictions for 2012 on the preceding year's edition of the programme. (I was an "unkind blogger").

There's not been much visible sign of active BBC interaction with this blog since though.

Still, that doesn't mean they aren't reading us, and taking note.

That sort of thing is hard to judge though. It takes us into the realms of speculation - and memory.

In its early days, the Biased BBC blog attracted a number of comments from BBC folk, some using pseudonyms (like John Reith and Sarah Jane), some posting under their own names (like Nick Reynolds and Dr David Gregory-Kumar). Such comments have dried up over the last six years ago (with even Dr David dropping away) but, like with "Is", Biased BBC can only assume that BBC employees still read them.

Commenters at Biased BBC occasionally spot changes in BBC online reports that suggest that the slatings those reports have received at Biased BBC have been picked up on, and acted on - clandestinely.

If I were a BBC employee, I'd certainly read Biased BBC, and if I worked at Radio 4's Sunday, I'd read "Is". It's the sensible thing for them to do, even if they feel little but contempt for us.

We are, after all, weather vanes, and they'd be wise to watch us whirl in the wind - or, to put it less poetically, they should know what their critics are thinking. [As it's free for them (no paywalls at either "Is" or Biased BBC), why wouldn't they (even if just for a laugh)?]

And here's where a blogger about BBC bias risks getting into dangerous territory - the territory Captain Mainwaring kept warning Corporal Jones about - "the realms of fantasy".

What if the makers of Radio 4's A Point of View read our post about their programme's blatant left-liberal bias?

Personally, I think it was a damning, banged-to-rights kind of post - the kind of thing a passing BBC employee who works on A Point of View might well have stumbled across while browsing the internet, googling the programme they work for.

It listed all the contributors to the programme for the previous three years, all either firmly left-wing or left-leaning or politically centrist, with not a single right-winger in sight.

Well, even if not, it's still good to see that Prof. Scruton has been given a second bite at the cherry, beginning a new run this very week - a wonderful, nuanced piece reflecting an Englishman's take on the Scottish independence debate. (Curiously, the link I've provided clips off the end of Roger Scruton's talk, for some very strange reason).

Still, he remains the only right-winger in the A Point of View village. (Four years of programmes, only one right-winger.) So, if you're reading, BBC folk working on A Point of View, please let's have more. You still remain blatantly biased towards the Left, and need to redress the balance. 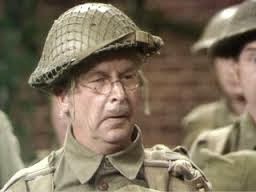 The other 'realms of fantasy, Jones' thing that preys on my mind is a comment I put on a particularly enjoyable - and well-read - thread on Biased BBC in August 2011. It listed every UK-focused correspondent on Dateline London who worked for a British newspaper and came up with watertight evidence that reporters from the Guardian and Independent out-totalled those from the rest of the press by a significant margin, backing up my (time-worn) case that Dateline London is BBC bias incarnate.

What made the hairs on my neck slightly stand on end is that six days after I posted that comment, Dateline London broke from its long-term cycle of going weeks without a right-winger and then inviting either Janet Daley or Ann Leslie to appear [something I kept mocking] and invited a new right-winger, Tim Montgomerie of Conservative.Home. Could there possibly be a link?

I've posted about Dateline London ever since, and those hairs-on-the-neck moments have re-occurred since [albeit not so strongly], most recently today when, after last week's big-but-evidence-backed whinge on the subject, entitled Left, left, left, we got a totally untypical Dateline panel - and a new right-winger to the programme. (Today's panel consisted of Annette Dittert from German TV [impartial-yet-oddly-left-leaning-like-a-stereotypical-BBC-reporter], straight-down-the-middle-towards-slightly-liberal U.S. reporter Henry Chu of the L.A. Times, BBC correspondent Dmitry Shishkin and....(drum roll)....Iain Martin of the Telegraph, our right-wing new arrival - and well done Iain.)

Were they shamed into that by "Is"? ("Why then Ile fit you. Hieronymo's mad againe".)

The realms of fantasy, Jones? Or do some people at the BBC watch blogs like this like biased hawks?

"These fragments I have shored against my ruins"...