Last rites for the Anglican Church? 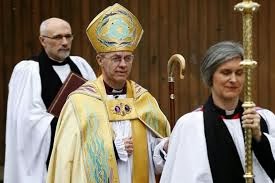 Analysis returned to Radio 4 this week, and as a lapsed-but-still-sympathetic Anglican I was interested in its subject - the apparent terminal decline of the Church of England.

It was presented by the Guardian's veteran religious affairs writer Andrew Brown, who painted a very dark future for the Church, with younger people seemingly falling away from it at a staggering rate.

It was an interesting report, growing more nuanced as it proceeded.

Its opening stages dwelt at length on the 'values gap' between an overwhelmingly socially liberal Anglican flock (churchgoing or otherwise) and a more socially conservative hierarchy. The Church was out of touch, argued Andrew. He then dwelt at much less length (he is a Guardian man after all!) on the other 'values gap', that between the right-leaning tendencies of most Anglicans and the strongly left-leaning tendencies of the Church hierarchy on matters such as welfare spending. The Church is out of touch here too, argued Andrew.

Later contributors questioned whether the 'values gap' explanation provided the whole answer, but Andrew Brown largely stuck with it.

He seemed genuinely surprised - and dismayed - about how sanguine some of the leading Anglicans he spoke to seemed about the demise of their Church.

The tenor of the programme was markedly liberal, but not oppressively so. 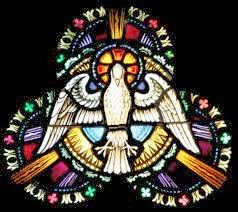 Coda: As is my way, I like to look into such things and came across a recent YouGov poll on matters religious. As YouGov takes a political approach to such things, it breaks down its questions along party political lines.

The broad point, I suppose, is that there's not a huge amount of difference between supporters of different parties on the central tenets of Christianity, but certain results stand out as intriguing nonetheless:

- As many Conservatives are out-and-out atheists as believe in a personal God.

- More Labour supporters believe in the devil than Conservatives.

- UKIP supporters are much more likely to believe in life after death than supporters of the other big parties.

- Conservative and UKIP supporters are more likely to believe that the theory of evolution by natural selection is the correct explanation for the origin of life on earth. Labour voters are least likely.
Posted by Craig at 20:15