Inside Radio 4's brand of science 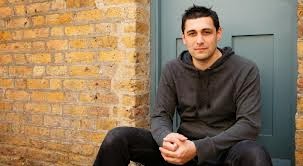 Given that BBC Radio 4 doesn't offer its listeners much in the way of dedicated science programmes, I should probably refrain from complaining too much about Inside Science, but...

As Inside Science is a weekly magazine show dedicated to news about science, you might reasonably expect it to be free from the kind of left-wing point-scoring which - either subtly or with the application of an king-sized sledgehammer - pervades so much of the rest of Radio 4's output.

Yet, bizarrely, Inside Science rarely seems to go an edition without ensuring that some left-wing point or other is scored.

I've heard violent attacks on the Daily Mail, sneers at UKIP and mockery of opponents of mass immigration during the course of this year's editions of Inside Science - and we're not even out of February yet.

As a case in point, I was happily listening to this afternoon's edition, which began by discussing brain-machine interfaces and, among other things, the way they are offering hope to people suffering from the terrible condition known as locked-in syndrome, when presenter Adam Rutherford changed the subject and read out a listener letter's (from a Jago Tremain of Norwich) wanting to know if there was a gene 'for narrow-minded intolerance' and 'nastiness', following last week's edition of the programme which dismissed the idea of a 'gay gene'.

Jago says that gay people have caused far less suffering than intolerant fundamentalists over the centuries [probably true, given the tiny percentage of people in any given population who are gay]. He also says that he wants intolerant, narrow-minded, nasty, anti-gay people 'cured' of their intolerance if ever such a gene is found.

(Adam described that as his "favourite letter to Inside Science yet".)

A professor (Tim Spector) then appeared, talking about genetic research into conservative v liberal views, straightforwardly linking the phrase "right-wing" to "fundamentalist" and, thus, in the context of Adam Rutherford's build-up, inevitably linking right-wingers to 'intolerance, narrow-mindedness and nastiness'.

The thought has crossed my mind before that Inside Science, especially when Adam is presenting it, has had something of the feel of the Guardian's science coverage about it.

Admittedly, the Guardian's science coverage is some of the best in the British media, but a significant slice of it is (inevitably) tinged by the Guardian's very particular political biases. Often strongly so. And Adam Rutherford's editions of Inside Science seem to partake of that spirit on a surprisingly regular basis.

I could have kicked myself....kick, kick, kick...that I didn't check this out earlier, but I thought I'd google Adam today and....aha!.... of course he's a regular columnist at the Guardian (among other things), writing a fair few left-leaning pieces amongst his straight-down-the-line science pieces there. [I'd assumed he was a BBC employee, doing what BBC employees seem to do so naturally.]

Why isn't that surprising?
Posted by Craig at 21:23