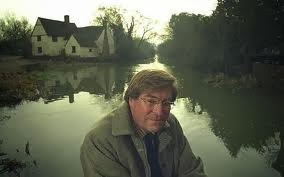 Damian Thompson, editor of the Daily Telegraph's blogs, once wrote that Radio 4's Sunday programme "offers perhaps the most undiluted liberal bias to be found anywhere on the BBC".

After paying close attention to it for some time now, I'm far from inclined to disagree with him.

Thus, I'm expecting a Noah's flood-style deluge of liberal bias on tomorrow's special edition of the programme on the highly-charged subject of 'Religion and Immigration'.

My heart sank when I heard this was coming up, and reading the programme's website in advance hasn't exactly allayed my fears.

It looks as if it's going to be a blatantly biased, pro-immigration edition of the programme, and just the kind of programme BBC types - Mark Thompson, Helen Boaden, Nick Robinson - claim is a thing of the biased past.

For starters, it appears that Edward Stourton's three main guests, presumably appearing throughout the course of the programme, will be Rev Rose Hudson-Wilkin, Dame Julia Neuberger and Douglas Murray.

If so, a pro-immigration tilt will be guaranteed.

Rev Rose, chaplain to Mr Speaker Bercow and H.M. the Queen, is very keen on immigration, recently saying that immigration had made British people less emotionally cold and blaming "plain ignorance" for opposition to it. Dame Julia is also strongly pro-immigration, and wants us all to welcome migrants with open arms. Only Douglas Murray will provide a contrasting sceptical voice on immigration.

That makes it a classic biased BBC two-against-one discussion in favour of immigration.

The idea that Edward Stourton might intervene to seriously redress this imbalance strikes me as deeply improbable.

What else is the programme's website promising for tomorrow?

Well, Edward is going to Luton to meet Rev Martin Burrell, "chaplain to the Gypsies, Travellers and Roma people of St Albans, to find out how the Romanian Roma community and the Church of England have been working together."

So we can expect another strongly pro-immigration voice there, ready (no doubt) to dismiss people's concerns about immigration and the Roma.

Then there's former coalition minister Sarah Teather who will talk to Edward "to discuss why a month long Jesuit retreat helped her reach the decision to step down at the next election and how religion can inject humanity into the debate on immigration" - i.e. another strongly pro-immigration voice guaranteed to lay into opponents of immigration with a vengeance.

And next?: "Every year thousands of immigrants travel to the UK to start a new life. Kevin Bocquet meets the chaplains of Manchester airport who minister to people from all over the world" - so, I think we can safely expect yet more sympathetic, pro-immigration voices to add to the...ahem...mix.

The only other feature mentioned is a piece on child abuse "within the African church community" (i.e. Christians) and concerns about witchcraft related child abuse. "Trevor Barnes investigates what happens when religion and immigration go wrong", the blurb says. A downside to immigration, eh?

From this it certainly looks, doesn't it, as if Damian Thompson will again be proved completely correct in saying that Sunday "offers perhaps the most undiluted liberal bias to be found anywhere on the BBC"?

I won't foam at the mouth about it until I actually hear it though. Perhaps hope will triumph over experience and Sunday will go against type and behave like an allegedly even-handed BBC programme really ought to behave. Maybe, just maybe, the programme's pre-broadcast blurb is giving a seriously distorted take on what's actually coming up.

I do hope so. I really do. I would really like to be pleasantly surprised by tomorrow's Sunday.
Posted by Craig at 20:03