Sunday in the Park with Peter

This week's Sunday, presented by Shelagh Fogarty, pursued the following subjects - with each subject introduced as the programme's website presented it. My ramblings follow on.


From Papal Meetings with the Council of Cardinals to the creation of nineteen new Cardinals, Shelagh Fogarty talks to the BBC's David Willey in Rome about this week's events at the Vatican.


David Willey said there was a "very joyful atmosphere" after the ceremony, with lots of singing (especially from supporters of the new African cardinals). He said that the balance between Europeans and non-Europeans is now exact, with 61 each, and that non-Europeans are now poised to become the majority in the Catholic Church, which is - he said - now tapping into their wisdom. DW said that Cardinal Nichols is "on exactly the same wavelength as the Pope", both focusing on listening to the world's poor people. He talked of the increasing emphasis on collegiality under Pope Francis. It was all very non-critical on DW's part, which is such a change from his critical manner and tone of voice when reporting Vatican issues during the pontificate of Benedict XVI...


...talking of whom, the Pope Emeritus was there at the ceremony creating the new cardinals. David Willey described that as "a big surprise. No one expected to see him". He got a couple of big embraces from Pope Francis. Shelagh and DW speculated that it might be the intention of the Vatican to reintegrate him back into Vatican public life.

Felicity Finch reports on how the recent floods have meant burials have become impossible in certain areas of the country.

This segment looked at an overlooked aspect of the flooding - the distress caused by postponed funerals. The main problem is that with so many burial grounds being waterlogged it's too dangerous to dig graves,  given that the sides could easily collapse in on gravediggers. Felicity Finch talkd to Rev John Rogers of St. Michael's Church, Tilehurst, Reading, who described what has been going on his his area, then Shelagh Fogarty talked to Dominic Maguire from the National Association of Funeral Directors. He said they're not sure know how many funerals have been postponed, as the evidence is largely anecdotal. 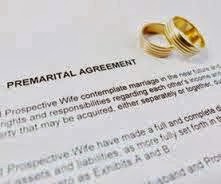 Next week the Government considers proposals for legislation on pre-nuptial agreements, Shelagh discusses what it could mean for the institution of marriage, with the Right Reverend Mark Davies, Roman Catholic Bishop of Shrewsbury and Baroness Ruth Deech, Former Lecturer in Family Law.


This was an interesting discussion, balancing the Bishop (who is against such changes) with Baroness Deech (who is strongly for them).


At the moment pre-nups aren't legally binding, but the Law Commission is considering making them so. Bishop Mark believes that it will further ingrain "the culture of divorce" and the marriage crisis in this country, asking people to create a divorce settlement even before they've made their marriage promises. Ruth Deech thinks that the culture of divorce, for good or for ill, is here to stay and that the law is far too messy at the moment. She thinks that those getting married for the second time are likeliest to take up legally-binding pre-nups, along with the rich footballers and young career women - which didn't reassure the Bishop of Shrewsbury!

With this pre-nup I thee bind.

As cult classic The Exorcist is reworked for Radio 4, Shelagh explores how the depiction of the Devil has changed down the years and whether it reflects society's perceptions, with Catholic Film Critic, Father Peter Malone.


Fr Malone thinks the idea of being possessed by the Devil is something people simply took for granted over the centuries, having read the gospels, but by 1973 visual representation of the phenomenon was something new. In the earliest films, the Devil was depicted as a comical figure, but then - in films like The Exorcist, The Omen and Rosemary's Baby - he began to be used to dig into our deepest fears. Shelagh pointed out that training to deal with exorcism is on the increase in the Catholic Church and asked Peter Malone whether, in his experience, the exorcisms we see in films (such as, more recently, Anthony Hopkins's The Rite) are a fair representation of what actually happens. Fr Malone said, yes, they are (from what he'd heard) pretty faithful and exact. Shelagh also noted that Pope Francis mentions the Devil a lot. Fr Peter said that the Devil is a way of representing evil in the world. Shelagh then wondered whether it's harder to scare us with the Devil these days as few people believe in him literally. Fr Peter doesn't thing so, and said that people at the time thought it was lapsed Christians who might have been more scared by The Exorcist.

Next week the European Parliament will vote on a proposal to criminalise people who pay for sex. Our reporter Trevor Barnes looks at how this could impact on those working in the sex-trade industry.


This was a subject tackled by Newsnight this week too. It centred on the efforts of Labour MEP Mary Honeyball to criminalise men's purchase of sex - i.e. the Nordic model of dealing with prostitution. Opponents of the move believe it will drive prostitution further underground and make it more dangerous. Both Mary Honeyball and Steve Chalke of the UN argue for  the law change on feminist/gender equality grounds. Against them we heard from Niki Adams of the English Collective of Prostitutes, who wants prostitution fully decriminalised, and from a volunteer in London who expressed her fears that the safety of prostitutes could be make further compromised by such a law. 142 sex workers have been murdered since 1990, said Chris Armitt of Merseyside Police, and said that most prostitute have not been trafficked.

I've no complaints about this report, as it was fully balanced.

In the week that the Welfare system became a battle ground between Church and State, the Rt Revd David Walker, Bishop of Manchester, John Battle, Anti-Poverty Campaigner with the Leeds West Debt Forum and Peter Hitchens, Columnist for the Mail on Sunday discuss how welfare can be reformed in a way that is morally right.


This, of course, was the feature I was complaining about in advance yesterday and, unfortunately, it was as biased as you might expect if you have two people on one side of the argument and only one on the other - especially when the two opponents of the welfare reports - the Bishop of Manchester and former Labour MP John Battle - acted as something of a tag team by repeatedly interrupting and rounding on Peter Hitchens, and regularly agreeing with each other.


I can't think why it was considered necessary to have Bishop Walker and Mr Battle on together. Mr Battle was surely not needed.

Well, unquestionably, Peter Hitchens got the most robust questioning from her, which frankly only adds biased insult to biased injury. Still, she did ask the Rt Revd David Walker, Bishop of Manchester, one of the signatories of the Daily Mirror letter, about polls showing that the majority of people - and Anglicans - are in favour of benefit cuts, and whether that means that he's out of touch.

The government was repeatedly attacked during the discussion and no one was there to defend it. Peter Hitchens said "I'm not here to defend the government", and he didn't, so all three attacked the 'bedroom tax' - which is where that fourth guest I mooted yesterday was so sorely needed.

Still, at least we heard something you very rarely hear on Sunday - a quote from the Bible. Peter Hitchens quoted 2 Thessalonians: For even when we were with you, this we commanded you, that if any would not work, neither should he eat.

Fancy hearing quotes from the Bible on Radio 4's Sunday!
Posted by Craig at 09:49