I see Archie Bland has reviewed Alain de Botton’s book in the Indy.  Unlike Craig and me, Archie’s actually read it, and even though I suspect he’s a bit of a lefty, he’s not keen. “Simplistic and ultimately flawed.” We, however are going merely by what we’ve heard on the BBC. 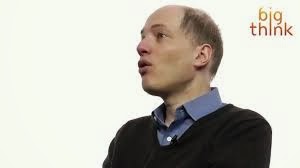 A few days ago, unbeknownst to me, Craig was writing about Alain de Botton at the same time as I was, and would you believe it, we came to similar conclusions. For example Craig outlined Alain’s theory:

“Too much information "starts to numb you", and makes you forget what you're interested in and what can be changed. "Rather than making us more political, an excess of information can erode any real sense of what the priorities really are." This, he suggested, is a sly way of maintaining the status quo.”

“Well, yes, the news does give you too much news at times. But then it's the news. That's what the news is.”

Hundreds of miles away I was tapping out:

“So Alain de Botton thinks we, the public, have been anaesthetised by news ‘overload’, and the sheer volume turns it all into meaningless white noise.
As a result, we don’t care enough about things we should care about.  By deduction I gather Alain would prefer us to be guided by news gatherers or editors; people who are clever enough to sift through it and determine what is newsworthy and what is not, and by doing so show us what we should care about. (What they think we should care about.) Which is what more or less what already happens, don’t you know.”

(I always thought that making people care was the job of drama, art and literature. I thought that news reporting was primarily reporting News. ‘new things’.)

That’s why we’re here doing this and overloading the interweb with more stuff. We’re saying that this ‘manipulation’ is already being done, covertly, by the BBC, Channel 4 and much of the press. They may overload our consciousness with ‘too much’ news, but much of it is weighted by means of selective discussions and analyses, and of course omissions.

If indeed there’s no alternative to human-generated news, which is inherently partial and biased, (yes it is Craig) claims of impartiality are unrealistic, and somewhat dishonest. Especially because the bias isn’t ....(what’s that thing that everything ought to be?) ...transparent!

The BBC’s (inherent) bias isn’t delivered in an overt fashion, because it’s not supposed to be there.  Much of the agenda isn’t made clear. If the BBC genuinely aspires to impartiality as per its charter, the biases and affiliations of politically motivated reporters, experts or talking heads should be made known to the audience, as per the BBC’s own guidelines.
The  viewer should be credited with enough intelligence to put into context words uttered by polemicists or activists, provided they’re consistently introduced as such,.

The problem seems to be that if the BBC’s worldview is homogeneously left-leaning, then the only bias they and their left-leaning listeners would recognise is the bias of the ‘other’.

Craig points out that we...

“can go online and click on the Daily Telegraph, Guardian and Economist websites and read plenty of in-depth coverage about a vast number of stories, week in and week out. If you're interested in a story, we have a large and diverse media beyond the BBC that can fill in all the gaps and extend a story almost to infinity.”

As for the theory that the BBC is propping up the status quo, I’m not at all sure how anyone came to that conclusion. It seems to me that the BBC often behaves like a rebellious teenager, cheekily defying some imaginary authority. The BBC is seemingly alone in being unaware that they themselves have become the new authority, wielding extraordinary influence in the irresponsible, willy-nilly manner of those who don’t know their own strength.
Then Craig tackles ‘Bias’, and isn’t wholly convinced by Alain’s (and my) contention that (sorry for the repetition) that human-generated news is inherently biased, but quite reasonably adds:

“I still don't think though that the attempt to be objective and fair in your reporting of what you see is a bad thing.”

Absolutely not. It’s no bad thing at all. That’s why there should be: a) awareness of their own lack of objectivity when it occurs: b) balance over time: c) transparency.
Determining the “best kinds” of bias is subjective, but these are some of the thoughts I scribbled before I read Craig’s post.

“We have the BBC’s infamous charter which contains the unachievable obligation to be impartial. I have always contended that literal impartiality is unachievable so long as it emanates from animate objects (humankind) but that if, in the absence of universal newsbots, there is to be an inherent bias it should be under the auspices of some sort of moral compass. Here in Britain that roughly corresponds with what we call the Judeo-Christian ethos. Do as you would be done by, etc. etc.

Now though, the whole country’s moral compass seems to have gone awry. Complaints about bias often focus on the BBC’s hell-bent quest for a superficial kind of impartiality, which entails studiously avoiding the value judgement altogether, often with inhuman zeal.
It eschews the once familiar moral compass, and strays into self-loathing and that new fangled, indiscriminate tolerance of the intolerant.

Even if the news avalanche suddenly stuck to ‘facts’ without loading them with bias by omission, moral equivalence or inexplicable editorial decisions, flagship programmes with their endless analyses by BBC hacks still select ‘what is news’.  Without making an obvious value judgement, even when a value judgement couldn’t be more obvious if it came up and punched you in the face, the elite gaggle of agenda-driven ‘experts-on-speed-dial’ still guide you persuasively towards the appropriate conclusion.

Surely this amounts to telling us what to care about, and one obvious example is the serial plugging of Alain de Botton’s book. They’ve made Craig and me care about it, apparently.