"As fruitful as arguing that a prawn should be a giraffe" 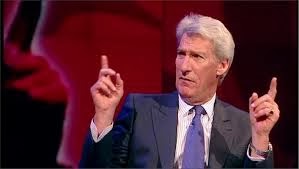 Newsnight's one redeeming feature - poor, worn-out, disenchanted, utterly-bored-to-tears Jeremy Paxman - has written an article for the Grauniad laying into philosopher Alain de Botton and his much-plugged views on the news. (We even plugged A de B here at "Is".)

It's hardly a profound piece, but it certainly made me laugh.

Of course, some people will pick up on the perfect translation of Paxo's trademark arched eyebrow and sneer into prose in this passage:

Thanks be, Alain de Botton has come among us again, as he does so often when we're perplexed. Anxious about whether you understand art? Do you appreciate sex properly? What's religion about? How can you be happy? Fear not, De Botton can tell you, quickly and easily. Not since Moses went up a mountain and came down carrying a couple of slabs of granite reducing life to 10 commandments has anyone been able to reduce the complex enigmas of existence down to simple injunctions. The man has a solution for everything.

The Daily Mail has also been quick to spot and blow up a passing dig at the Newsnight presenter's BBC colleague Huw Edwards...

...turning it into "an extraordinary attack" and "a bizarre feud". Which calls for this image: 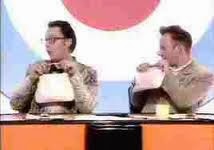 But Jeremy Paxman had some interesting things to say about the news as well.

His article begins, with plenty of the the studious cynicism for which he's known:

What is news? To judge from the daily newspapers and TV bulletins we can discard my favourite definition – that it is something that someone somewhere doesn't want us to know.

Jeremy's conspiratorial definition of the news (which he then dismisses) is something which will resonate with many of the BBC's critics (and critics of Newsnight).

For those of us on the mainstream Right (as we see ourselves) - the Biased BBC/Daily Mail/Is the BBC biased?/Daily Telegraph/Not a Sheep/The Commentator tendency - that's a definition which finds itself crossing our minds, from time to time, to varying degrees, probably without us even being aware of it having done so.

For example, from Quentin Letts at the Daily Mail and Damian Thompson at the Telegraph, through to many commenters at Biased BBC - and, well away from the mainstream Right, Roy Greenslade at the Guardian too - many people have been aghast (if not exactly surprised) that the BBC has (at least until this afternoon) resolutely avoided reporting the Harriet Harman-Jack Dromey-Tessa Jowell PIE/NCCL paedophile allegations being made by the Mail - a story the Mail has been making hay with for several days now (and which other papers have subsequently taken up).

Except for Prof. Greenslade of the Graun, all the above have seen that refusal to cover the story by the BBC as clear evidence of pro-Labour bias on the BBC's part - and a case of "something that someone somewhere [the BBC and the Labour Party] doesn't want us to know".

What's changed today that finally provoked the BBC to break cover (keeping with this way of thinking), is that Harriet Harman and her husband have now denounced the Mail's investigation as a "smear". The BBC, so it seems, now feel safe to leap into action in response. Clicking its heels, so to speak, at Hattie's command.

I doubt that example was in Paxo's mind though.

His main point seems to be that the news just isn't interesting enough these days, that the news needs to be perpetually new and surprising:

Astonishing events that burst into our consciousness with the impact of the attack on the Twin Towers are very rare indeed. Most of the rest is just regurgitated announcement, speech or advertisement. Sometimes, the press release has scarcely been rewritten. Maybe that's why so many people don't seem to be paying much attention any more. 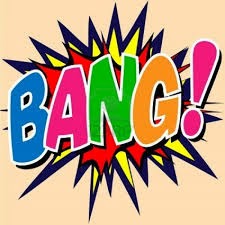 That's far too world-weary (and wrong-headed) for me. There's plenty going on, and novel excitements aren't everything (or anything much).

Just because Jeremy is bored and just because Ian Katz's Newsnight isn't interested in covering the lurch into leftist authoritarian - and the reactive protests - in post-Chavez Venezuela, for example, doesn't mean that it's not a story of importance for our times, telling us important things about radical chic regimes and their way of degenerating into Gadaffiesque strangeness (or, in Maduro's case, extreme mediocrity) and cruelty.

Still, I've got to concede that there is some truth in this:

Technology has eliminated time-delay and now enables us to be virtually present at any event, almost anywhere. Enjoying lives of greater comfort and safety than ever before, we can be regaled in our own sitting rooms with mayhem or misery from most corners of the globe. But the more news there is, the less anyone really needs it. The result, too often, is paralysis – information overload. What are we to do with it all?

And, in a dig that I think applies to many a BBC editor (Newsnight's Ian Katz included), I rather liked this:

When it comes to it, news is just some things that have happened, as chosen by some not-very-interesting people running newspapers and television.

These people have rather predictable tastes and rather obvious blindspots.

Don't they just! (See our coverage of Newsnight and Sunday for evidence of that).

The most exciting bit for me involved that old chestnut - one which gets me and Sue playing conkers with each other from time to time: the question of impartiality v advocacy for the 'best kinds of bias'. Paxo is on my side here:

De Botton's cure for the indifference that afflicts so many of us when confronted with tidings of some awful human tragedy far away is for the news to be less preoccupied with accuracy and more with advocacy. Fine if De Botton is the advocate-in-chief. But just supposing that George Galloway, David Icke or Abu Hamza got the job? 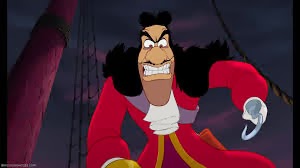 Anyhow, in the spirit of Newsnight's David Bowie tribute act, I think the last word is best left to the Thin White Duke himself:

I can imagine Newsnight editor Ian Katz sagely nodding his head at that (like it actually means anything).
Posted by Craig at 20:37