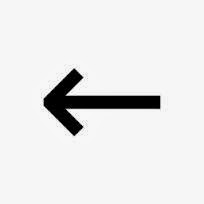 After giving the anti-capitalist activists/ academics of Cardiff University something of a coshing, it's now something of a relief to turn back to today's Dateline London and reach familiar ground with - despite all of Justin Lewis's 'evidence' - the usual kind of Dateline panel.

So what would the Cardiff Uni researchers make of a BBC-chosen panel featuring one left-winger, pro-Labour Steve Richards of The Independent; a second left-winger, pro-Labour Maria Margaronis of The Nation (America's 'flagship of the Left') and The Guardian; a U.S. left-liberal, Michael Goldfarb of GlobalPost and The Guardian; and a politically cautious Chinese writer, Diane Wei Liang - and no right-wingers whatsoever?

Plus host Gavin Esler opted to provide very little counterbalance to this consensual panel (to put it mildly).

And, as a result, the expected happened. As so often on Dateline London.

The Conservatives were duly, repeatedly, trashed - again and again. So many times. By guest after guest.

One Conservative supporter really wouldn't have gone amiss here, surely? And - unless you're an out-and-out political partisan (or a Cardiff University academic) - surely any person with a sense of democratic decency is bound to agree with that?

Not Dateline though. On they sail, regardless, tacking left, left, left.

Well, last week's edition featured a token right-winger, Janet Daley of The Sunday Telegraph; a left-liberal Indian commentator, Ashis Ray; a down-the-middle Bloomberg reporter (who tweets to the left) Stephanie Banker; and a BBC correspondent, Dmitry Shiskin. That's about as balanced as Dateline ever gets.

The week before it was back to two left-wingers again, Polly Toynbee of The Guardian and Agnès Poirier of the French centre-left magazine Marianne, alongside a down-the-middle Reuters reporter, Greg Katz, and a down-the-middle Middle Eastern reporter, Mina al-Oraibi.

The week before that it was a three-left-wingers edition, with The Observer/Guardian's Isabel Hilton, Marc Roche of the French centre-left newspaper Le Monde and Abdel Bari Atwan, a pan-Arab leftist. Against them was down-the-middle New York Times reporter John Fisher Burns.

The week before that it was a quintessential Dateline four left-wingers edition, with Owen Jones of The Independent, Agnès Poirier again, Michael Goldfarb again and Arab writer (and left-winger) Mustapha Karkouti.

The week before that there was one right-winger (albeit a very centrist one), Ian Birrell of The Guardian and Daily Mail, set against a liberal American, Jef McAllister; a down-the-middle-seeming (but decidedly left-sounding) German Annette Dittert of ARD, and a clear left-winger, Nabila Ramdani of the Guardian/Observer/Independent/New Statesman.

The week before that Datelin tilted firmly leftwards again with Labour-supporting David Aaronovitch of The Times; left-winger Nesrine Malik of The Guardian; Stephanie Baker again; and a down-the-middle Egyptian, Abdallah Hamouda.

The left-leaning bias is clear and incontestable. Surely?
Posted by Craig at 18:36