Last year - my goodness - nearly a whole year ago - I wrote a post about blogging. It fell into the category we like to call ‘introspection’.

At the time I was sort of examining our reasons for leaving Biased-BBC and going it alone, also addressing the seemingly insurmountable problem of  being discredited by one’s own supporters in the form of unsolicited (or unintentionally solicited) below-the-line comments or if you’re Tommy Robinson, over-enthusiastic followers, fellow members and rabble rousers. Like, thugs and that.

Anyway, when the news came that ‘right-wing’ Breitbart was starting up a UK branch, and that they had hired James Delingpole and Raheem Kassam no less, I thought it sounded interesting.

But then I remembered that even Robin Shepherd’s promising venture ‘The Commentator’ seemed to be infested with borderline racist below-the-line comments (from both sides) and breakaway former Commentator co-director Raheem Kassam’s  flashy Trending Central had something of the sledge-hammer about it - which under the circumstances is probably just what the doctor ordered - I can’t help wondering what will become of Breitbart UK.
Will it be the kind of  ‘hate site’ that the MSM love to dismiss as the work of right-wing-spawns-of-the-devil?

Here on “Is” despite apparently having a healthy readership count, not just bots and crawlers I’ll have you know, we don’t get many comments, so at present there’s little risk of being discredited by association. We have to do our discrediting all by ourselves. (Craig is too polite to discredit himself though.) 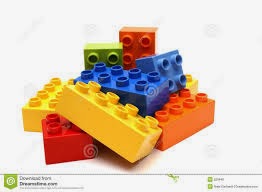 So; going temporarily off topic, Lego has been coming in for a bit of stick recently, what with ‘the film’ facing accusations of being anti-capitalist and “Marxist propaganda”. And now this, almost the funniest thing I’ve seen in a while. Irony upon irony mixed with Olympian foot-shooting.

It concerns Richard Littlejohn’s satirical take on a Fun Day Out at Legoland. Not just any old F.D.O., but a Muslim Family Day for Muslim people at Royston Vasey Windsor Legoland.
It’s hosted by an Islamic Fanatic named Haitham al-Haddad; not the kind of al-Ha ddad that’s married to dear old al-Ha mum, but more Haitham, with the emphasis on the Haith, and it doesn’t sound like my idea of fun.

The Muslim Council of Britain didn’t see the joke, as is their wont. Goodness me. MCB with GSOH? I think not

Anyway, they have written to Paul Dacre not only demanding an apology from Littlejohn, but also accusing him of inciting one of those anti-Muslim backlashes we often hear about, even though the backlash in question was allegedly formulated two days before the Mail article appeared.

Dear Mr Dacre,
We write to express our condemnation of a recent article published by Richard Littlejohn in your newspaper. Entitled “Jolly Jihadi’s Outing to Legoland”, Mr Littlejohn deploys the most hateful stereotypes of Muslims to attack an individual.
Our condemnation is not about the attacks on Mr Haitham al-Haddad: he is perfectly capable of responding to the accusations put to him if minded to do so. Many of us may well disagree with the views attributed to him. Rather, we are speaking out at the insidious and hateful tropes Mr Littlejohn uses for his argument.
Mr Littlejohn may think he is humorous, satirical in fact. But there is nothing funny about inciting hatred. The language he deploys is exactly the same as those used by racists and the far-right. One needs only to peruse the comments below his article online to see the hatred against Muslims Mr Littlejohn has generated.
Would you allow similar hateful stereotypes to be used when writing about other faith or race communities?
Mr Littlejohn may suggest his words of hatred are directed at one figure rather than mainstream Muslims. This is a poor excuse. He accuses one figure of using hate speech by deploying hate speech himself.
As a cross section of Britain's Muslim community, along with many of our fellow Britons, we state clearly and loudly that Mr Littlejohn's article is the worst form of bigotry. This goes beyond causing offence. Your newspaper has published an incitement to hate Muslims.
So, we urge you, in the interests of decency and fairplay, to retract Mr Littlejohn's article and to issue an apology not just to British Muslims, but to your readers and the great British public at large.

I don’t know.  As far as this member of the great British public is concerned, no apology is necessary thanks.

There are 320 comments btl on Breitbart at the time of writing, and although the article in question seems reasonably factual, there are many backlash-style comments of the sort that don’t do Breitbart any favours (in regard to defending themselves against accusations of racist incitement.)
In the same ironic way that Breitbart highlights the hypocrisy of a hate-preacher organising a day-out in Legoland or the irony of the MCB’s indignation at Littlejohn deploying ‘hate-speech’ while almost everyone concerned is deploying hate-speech either directly or by association, the MCB are behaving like Olympian-grade champions-in-chief of hypocrisy and lack of self-awareness.

They cite the nasty below-the-line comments whilst pleading that al-Haddad’s own racist hate-speech is irrelevant because “he can defend himself”.

"Would you allow similar hateful stereotypes to be used when writing about other faith or race communities?"

Oh, the irony of the MCB asking such a question. I hope J. Delingpole and R. Kassam don’t let their UK site degenerate into one of those suicidally marginalised cesspits that we can all too easily become.

P.S. If you have been reading, thanks for not bringing this site into disrepute with your dodgy *comments* ;-) 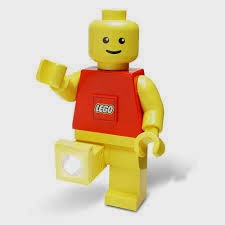