Chris Huhne, climate change, toddler victims of the government's benefit reforms, Kim so-fat and Alex Salmond (not at all fat) & the EU 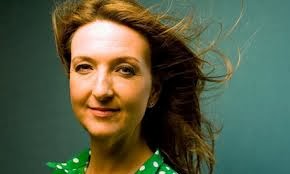 Despite my pledge to let it fester...


Last night's Newsnight, presented by Radio 5 Live's Victoria Derbyshire, opened (as it ought to have done) with the subject of the floods.

The introductory seconds of the programme, however, included a clip of disgraced Lib Dem ex-minister Chris Huhne denouncing right-wing 'climate sceptics' in the Tory Party (in his capacity as a Newsnight 'talking head'.)

[Chris Huhne was, you may remember, released only last year after being sent to prison for perverting the course of justice and, from the moment of his release, Newsnight has been at the forefront of the BBC's attempts to rehabilitate him back into the community (along with the Guardian.)]

Curiously his attack stood unattacked, as no right of response from those right-wing Tories was granted in the course of Laura Kuenssberg's subsequent report on the issue (and, yes, Laura has now finally arrived back on the BBC).

The other 'talking head' in Laura's report was another Laura - Laura Sandys MP, one of the leading 'greens' in the Conservative Party (retiring in 2015), who expressed further criticism of 'climate sceptics'.

The following Victoria Derbyshire interview did, however, balance a 'climate sceptic' with a 'climate non-sceptic'.

Hmm, so Kevin Anderson is an expert and Andrew Montford merely an author, eh?

My 'bias by authority' antennae began twitching slightly at that point. 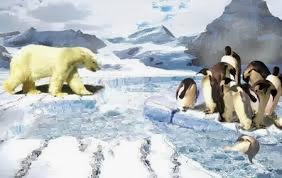 They twitched even more when, after asking Prof. Anderson a couple of questions, Victoria turning to Mr. Montford (aka Bishop Hill) and began her first question to him with the words:

Andrew Montford, you're not a scientist, you have been writing sceptically about this for a while now

which seems to me to have been a less-than-subtle attempt to paint him as a non-expert in the field - as opposed to the scientist (expert) Prof. Anderson.

Andrew Montford, however, responded - as if in passing - that "Kevin isn't a scientist either. He's an engineer", and Kevin didn't demur from that statement either. (His subject really is Engineering.)

Still, despite Vicky's question's seeming (at several points) to urge Kevin Anderson on, both guests got to make their points.

Now, if you believe that 'climate sceptics' are no more deserving of either airtime or respect than flat-earthers, deniers of the germ theory of medicine, creationists or moon-landing 'debunkers', then you'll probably find this kind of blatant bias acceptable, maybe even right and proper.

Next up came a one-sided report about people adversely hit by the government's benefit reforms.

It was undoubtedly one-sided in that everyone was (in some way) 'aggrieved' about the reforms. We heard from a charity leader, and from two benefit claimants who have had their benefits 'sanctioned', for various reasons. Everyone of them was feeling down.

The background music chosen told us to feel anxious too, and the sorry-sounding plight of the two hard-hit benefit recipients was presented without counter-balance. (I could almost hear Iain Duncan Smith fuming about BBC bias as the report preceded.)

Still, if people who deserve our sympathy are being adversely hit by the government's benefit reforms, then such cases should be brought to our attention...

...and a supporter of the government should immediately be invited on to put the other side - the case for the defence.

Such a government supporter was indeed then summoned for interview by Newsnight - namely, Conservative MP Nadhim Zahawi.

However, he was put up against a further critic, Labour MP Debbie Abrahams. (Quite why she was needed after such a one-sided report may be questioned).

Still, things could still balance out if Mr Zahawi was treated fairly and allowed to put the other side of the argument without too much interruption.

That didn't really happen though. Debbie Abrahams was given a gentle devil's advocate treatment by Victoria Derbyshire while Nadhim Zahawi (standing, as he was, 'in the dock') was given a surprisingly emotional grilling by Vicky, with talk of poor benefit-sanctioned Zak and his "toddler", and a remarkable grilling of the Tory MP over his father's experiences of being on benefits.

Balanced it certainly wasn't - and, as further evidence of that, Debbie was interrupted on just two occasions while Nadhim interrupted ten times - i.e. five times as often.

I can hear BBC supporters at this point saying that this is just an example of the BBC holding power to account on behalf of vulnerable people (regardless of which party is in power) - i.e. the argument that it may not be balanced but it's 'ultimately' fair.

I'll leave you to judge the truth of that.

The U.N. has spoken, and Newsnight leaps into action.

Those digital channels which broadcast endless programmes about the Nazis know that pure evil fascinates audiences. The North Korean regime is pure evil too.

I've noted before that, almost alone among foreign news stories, stories about North Korea seem to generate large numbers of hits on the BBC News website or the Telegraph website - or any website, presumably.

We laugh and we simultaneously chill and thrill at the spectacle of the young Mao-suited Fatso and his applauding, glitteringly-be-medalled lickspittles: The god-king communist leader, descended from the smiling, mass-murdering Great Leader (teeth, fancy suits) and his curly-haired, porn-loving son (grey Mao suits, fancy shoes), waddling along, looking at some new construction (probably built by prisoners from his vast gulag), surrounded by adoring, note-taking, diminutive generals (each with more medals than Michael Phelps). Mountains, earthquakes, heavens dances at their birth. Ha ha.

Young Kim's fatness (in a land of famine) seems disgusting yet absurd - and the funniness of that absurdity tends to blunt the edge of our disgust.

His attractive but probably-soon-to-be-machine-gunned-to-death wife also arouses our interest (disgust? concern?). Will she live? Will she die, like 'the excellent horse lady' ex-girlfriend of Young Kim, recently machine-gunned to death. 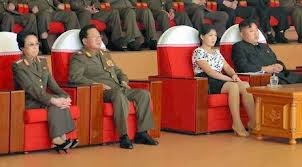 An uncle (by marriage) is denounced as 'scum' and butchered. His Rosa Klebb-like widow (aunt to Young Kim) lives on. How fascinating!

Whole families imprisoned for the supposed failings of one individual member of that family, like something out of an ancient barbaric myth.

To describe it is to at once recoil and revel in its evil and totalitarian glamour...and, yes, we've probably been here before.

The BBC's blessed United Nations concurs, as of yesterday. It has compared North Korea to Nazi Germany. It has excoriated the North Korean regime's ongoing crimes against humanity.

Newsnight duly runs the UN flag up its pole and salutes - and who can really object to that, in this case?

Enough laughter, more action. Something must be done. Etc.

Scotland and the EU. That was the next subject. The BBC's Matthew Price reported. Will Alex Salmond's independent Scotland even get into the EU? We heard from Pia Ahrenkilde Hansem, EU Commission spokeswoman, equivocating publicly but being very emphatic privately (according to Matthew) - that if Scotland votes 'yes' to independence it will be out of the club and find it hard to get back in. Matthew cites Alex Salmond doubting that will really happen. "But", said Matthew. But, he said, European anti-separatist nations - like Spain, under the Partida Popular, will make an independent Scotland wait and sweat. Still, said, Fabian Zuleeg of the pro-EU think tank the European Policy Centre [fancy Newsnight talking to a pro-EU think tank!/sarc], Scotland won't be kept out indefinitely. And Matthew ended outside a building that "maybe, just maybe" could "eventually" be Scotland's embassy to the EU.

I doubt either Scots Nats or Eurosceptics would have reckoned must to that report.

Finally, David Bailey. A plug for the photographer's retrospective. I'll say no more about that.
Posted by Craig at 21:46