So how did this morning's Sunday special on 'Religion and Immigration' pan out?

Was it the deluge of liberal, pro-immigration bias it looked like it was going to be from the programme's website blurb? Or was I pleasantly surprised after all by an unexpected display of unadvertised balance? Did it back up Damian Thompson's contention that Sunday is the most liberal-biased programme on Radio 4? Finally, can I foam at the mouth yet?

Well, this morning's Sunday very faithfully followed the menu laid on on its website - as outlined by me in the last-but-one post - and it was, indeed, a Noah's flood-style deluge of biased BBC broadcasting. I most certainly was not pleasantly surprised and, yes, I can now foam at the mouth. (I've got a napkin at hand just in case). So here goes.

First up was Ed Stourton's visit to Luton to meet Rev Martin Burrell, "chaplain to the Gypsies, Travellers and Roma people of St Albans, to find out how the Romanian Roma community and the Church of England have been working together." 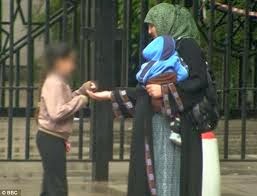 This was exactly how I expected it to be. Rev Martin thinks the Romanian Roma  are "a very special group of people, highly marginalised". He's taught himself Roma, conducts services in Roma and helps his Roma flock out, such as by helping them get busking licences. The Roma like him: "Martin, a nice English guy who loves Roma people", said one Roma. Rev Martin ended by saying that he doesn't think the Roma need to learn anything from the host community; it's the host community that needs to learn from the Roma!

Then we were introduced to the panel, who did indeed appear throughout the programme - Rev Rose Hudson-Wilkin, Dame Julia Neuberger and Douglas Murray.

A pro-immigration bias was guaranteed by that guest selection - a two-against-one panel in favour of immigration. Again, that's Sunday for you.

Things unfolded much as I feared throughout their discussions. Rev Rose praised the benefits of a multi-ethnic, multi-cultural Britain and stood up for immigration; Rabbi Julia said immigration gave us lots of good things (including great food), but there were dark sides - namely the hostility of the host community. Only Douglas expressed scepticism, and aired the dark side as seen from the other side, raising Muslim antisemitism for example. (That rang a clear alarm bell with Ed.)

As might have been guessed in advance, Douglas found himself being rounded on  by the other two panelists. It was very much Douglas Murray v the rest.

What of my prediction that Edward Stourton wouldn't do much to redress this clear imbalance? Well, that was more than borne out by events. Ed interrupted and challenged Douglas in a way he did with neither of his other guests. His line of questioning was similarly unconcerned to redress the imbalance. He just didn't try really.

The debate did still flow but it was still a deeply biased one, thanks to Sunday.

What else was there?

Well, there was Kevin Bocquet at Manchester Airport talking to a Muslim and a C&E chaplain there about how they after children, the vulnerable, etc, arriving in Immigration. Kevin was full of sympathy in his use of language for those turned back and those held in the "grim" pending house, worrying about their emotional states. "That's a sad place. That's a place where people's dreams of new life die", he said at one stage. No anti-immigration voices were heard here. 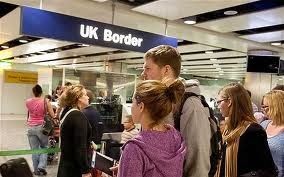 Then Ed interviewed Lib Dem Sarah Teather, who is leaving parliament in protest at her party's stance on immigration. (She doesn't think they are resisting the Tories enough).

He introduced the package by saying that David Cameron had been embarrassed by some in his own party who felt the Immigration Bill doesn't go far enough, but was also under attack from those who come from the opposite perspective. Needless to say, it was someone from the latter camp - Sarah Teather - we got to hear from here. This being Sunday, it was highly unlikely someone from the other camp would have been chosen for a sympathetic one-on-one interview.

Sarah did her thing, and Ed let her. She attacked the "worse and worse" rhetoric over immigration and the treatment of immigrants held in pending situations (such as Kevin had just described).

Ed interviewed her as gently as could be, discussing her religious beliefs, asking her to imagine waving a magic wand to transform her party's immigration policy, etc.

As unchallenging an interview as it could be possible to immigration then, tilting the pro-liberal, pro-immigration bias of the programme beyond Leaning Tower of Pisa levels of tilt, dangerously. It's a shame the programme didn't collapse as a result but, no, on it went.

Still, there is one aspect of the immigration story that everyone agrees is "troubling", said Ed: Child abuse among immigrant Africans where there's a strong belief in witchcraft. The African churches were in the frame. Yes, it is a troubling story and every 'talking head' was full of understanding for the victims.

However, what of its relevance to the debate at hand? Well, at one point - near the close of Trevor Barnes's report on the issue - Trevor said, in passing, that some people blame multiculturalism and a culture of political correctness for allowing it to go on here, but a pastor immediately dismissed this concern and the report ended without exploring it any further.

Now, if this isn't evidence of biased BBC broadcasting at its most blatant, then I'm not sure what is. And it was all completely predictable.
Posted by Craig at 08:49