There is no need for "balance" in pieces about climate change.  Does the BBC now feel compelled to have someone who thinks that smoking is good for you every time smoking is discussed?  Are we now to expect a member of Occupy to be offered the right of reply every time Robert Peston discusses the economy?  The BBC has a duty to reflect reality, rather than allowing dinosaurs like Lord Lawson to fill the airwaves with unscientific and deeply-irresponsible views. [Rob Hopkins, Transition Network].

That's a point of view, expressed in an open letter of complaint to the BBC, from an environmental activist and keen Radio 4 listener.

It's an opinion which large numbers of (other environment activists) other Radio 4 listeners seem to share...

...if last week's Feedback is anything to go by.

Large numbers of them put pen to paper - or fingers to laptop - to bang out their own complaints about that Today interview, and about a second Today interview (a week later) concerning genetically-modified (GM) crops [both guests in favour].

27 pages-worth of critical e-mails, according to Roger Bolton.

And that's what offended the Feedback listeners about that interview, three of whom were invited into the studio.

One was introduced as belong to a pro-green group in Crediton, Devon; the second as being a Green Party member; and the third as being "from the Isle of Wight" (and if you look online you'll soon discover that she's pro-green too). 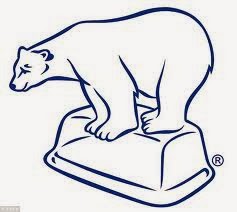 Now, if I've learned anything from reading and writing blogs about BBC bias for so long it's that some of you will now be experiencing a kind of 'warming' yourselves, as your blood begins to boil and steam starts pouring out of your ears.

At the blogs I tend to frequent (and love), such criticisms of the BBC as these will be thought completely absurd and 180 degrees wrong (angle-wise, not temperature-wise of course).

Whether it be Watts Up With That, Bishop Hill, Biased BBC, Christopher Booker, or wherever James Delingpole is blogging, all these sites argue the exact opposite point of view - that the BBC is a extremely dangerous propagandist on behalf of the global warming myth (as they/you see it).

The thing that struck me though, whilst listening to Feedback, is that such criticisms [from my end of the blogosphere] don't appear on Feedback.

Shouldn't there be droves of such complaints, attacking (say) Inside Science for its regular - and unchallenged - 'warmist propaganda'?

Are they being censored?

And, in this specific case, is it because Feedback is being dishonest about its '27 pages of e-mails', only selecting the pro-green criticisms?

In the context, that's unlikely. Critical comments, in this context, could have only (largely) come from one side, I suspect - i.e. the side we heard from.

So, is it because green activists, like Rob and the Feedback studio listeners, get together en masse to complain in droves to programmes like Feedback (like good little campaigners, and activist Question Time audiences), thus ensuring a hearing for their grievances, while their opponents - man-made global warming sceptics (and Question Time conservatives) - tend to simply comment on blogs, and leave it at that? [Of course, Radio 4 non-activist listeners could have complained in significant numbers too.]

This week's Feedback is about to be broadcast as I type. I've only just caught up with last week's Feedback on Radio 4 as it took an age...a flippin' age...for it to make its appearance on the BBC i-Player. (Why?).

Will those energetic green campaigners get their message across for a third week running? Will you 'climate sceptics' let them?
Posted by Craig at 16:21