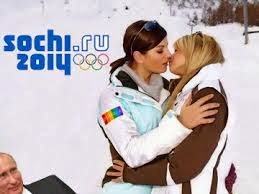 This morning's Sunday did indeed begin with the news of protests over Putin's new law on homosexuality in the light of the Sochi Olympics. Edward Stourton talked to the BBC's Anastasia Uspenskaya.

If you get the sense that the BBC isn't at all keen on Vladimir Putin, then this interview won't have dispelled that impression. Ed wanted to know to what extent the Russian Orthodox Church has been responsible for that law. Anastasia said it was mainly the Russian government's doing, though the Church has supported it. She stressed how close the two are, bound by mutual interest. She said that the Church gains money for its rebuilding projects while Putin gets to bask in the Church's continuing popularity. She said that Putin is "losing popularity". This is something I keep checking and simply isn't true; in fact, he's regained the popularity he lost a couple of year's ago. His approval rating stands at 65% - figures Messrs Hollande, Obama and Cameron could only dream about. There was the obligatory mention for Pussy Riot too.

I used to keep joking that there was always an 'Anglican row' story on Sunday. It may not have been a funny joke, but at least it reflected a truth - that there usually is an 'Anglican row' story on Sunday. And so there was today - "the row over the residence of the Bishop of Bath and Wells". Edward talked to the Archdeacon of Bath Andy Piggott about the "deal of unhappiness in the diocese". I'll move on.

The next story dealt with The Religious Dissenters' Graveyard in Exeter, which was used from the mid 18th-mid 19th Century. In recent decades it has become overrun with vegetation, drink cans and bottles, and used by fly-tippers. The land was going to be taken over by developers (boo!) but has been bought by a Trust, set up to restore the burial ground and reopen it to the public (hurray!). Sarah Swadling reported, talking to a campaigner and a professor, both of whom approve of the move, describing it as being important - a way to preserve memories of our country's dissenting tradition in the landscape. The burial ground lies outside the walls of Exeter, just like those of the Quakers and the Jews. 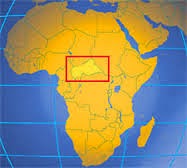 Next up was a discussion of the plight faced by Muslims in the Central African Republic, beginning with the news that Muslims are fleeing the capital. Edward and the BBC correspondent in the area discussed the issue.

In the latter's version of history, the conflict began as a political problem - a history of frustration at politicians going over decades. During the 2012 rebellion, many rebels came from neighbouring Chad & Sudan, and were seen as foreigners. It didn't matter that they were Muslims, said the BBC correspondent. After the coup, they started looting and carried out atrocities. The foreigners now began to be seen as Muslim. Since then, the BBC correspondent continued, there's been a real Muslim exodus, it's an extremely dangerous situation for the remaining Muslims, with mobs attacking them, and regular lynchings.

For an alternative take, I refer you to my own description from last year of the origins of the conflict, gathered from lots of reading of largely non-BBC accounts. It may or may not be completely accurate, as I'm no foreign correspondent, but it faithfully reflects what was being reported at the time about the true origins of the conflict:

There was also a report from the Central African Republic where, as you may already know, the country's Muslim minority spawned first a rebellion, then a military coup and now a staggeringly vicious marauding Muslim militia (alongside Muslim mercenaries from Chad and Sudan) which began murdering, raping and looting on a massive scale, attacking Christians and Christian churches. Vigilante Christian militias formed in response, to fight back and defend both themselves and their churches. It's a desperate situation, verging (according to some) on genocide - and there's been more than enough of those in Central Africa over the past twenty years.

Then, and all credit to the programme for doing it, Ed read out two listener e-mails in response to last week's heavily biased immigration special - and both, yes both, were critical of immigration and multiculturalism. That's something I didn't expect from Sunday. 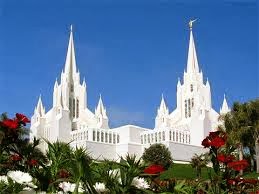 Next came a story Ed described as "rum" and his guest, Frank Cranmer of the Cardiff Law School, called "very strange": The head of the Mormon church has been summonsed by Westminster Magistrates to answer a charge of peddling fraudulent beliefs in order to extract tithes from church members. We hear first from the man taking the Mormons to court (briefly) and then from Ed and Frank, both pouring cold water on the case as being "a bit of a distraction" and "not helpful".

Next up it was another 'aggrieved Muslims' story. (Sunday majors in them.) Here the BBC's Bob Walker investigated how legislation preventing Briton's from joining foreign conflicts is affecting Muslims travelling to Syria to give aid - something about which British Muslims apparently feel aggrieved. They don't think it's fair.

We heard from one of such Muslim, who accused the authorities of tarring everyone going to Syria with the same brush. Next some chap from CAGE claimed the government is guilty of double standards - something which "infuriates Muslim communities".

What 'double standard' did Sunday decide to investigate? Can you believe it (and, yes, you probably can unfortunately), they investigated the case of a British Jew who fought as a paratrooper with Israel's defence force in the Lebanon war. He says it's wrong to compare his case to that of the Syrian fighters, and legal expert Joshua Rosenberg also draw a distinction between those who fight in Israel's military operations as a British citizen, as it's a perfectly legal thing to do. Anyone who goes to Syria to fight is facing the risk of being considered a terrorist under English law, he said.

Talking of Muslims, the next feature came from the British Muslim Heritage Centre in Manchester and was a short interview between Sunday's Kevin Bocquet and Deputy PM Nick Clegg. Kevin asked him three questions: (1) about Sarah Teather's indictment of him over immigration, (2) the future of faith schools, and (3) what should be done about the fact that lots of faith schools don't have "anti-homophobic bullying policies" in place. Classic Sunday questions. 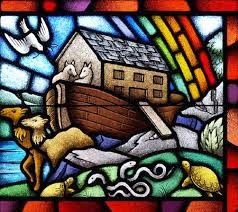 Finally, Sunday discussed the question, 'Is Biblical literacy on the decline?' Paul Woolley, Executive Director of The Bible Society, thinks it is and Dr Katie Edwards from the University of Sheffield thinks it isn't. They discussed it.

Children were also asked if they could identify famous Bible stories. Almost a third of children didn't not identify the Nativity as a story from the Bible, rising to 36% for the Good Samaritan, 41% for Samson and Delilah and 59% for both David and Goliath and Jonah and The Whale. A fifth of children couldn't identity Noah's Ark or Adam and Eve as Bible stories. Some thought Superman was a Bible Story. Paul Woolley thinks that's a shame.

Katie Edwards merits an appearance on Laurie Taylor's Thinking Allowed. She's very much a "contesting concept" kind of gal, talking advertising, pop music, "constructed social identity", "gender", "class", etc. She dismissed the Bible Society's finding as just the lastest "scare" about Biblical literacy", and says 'twas ever thus. The sociology crowd on Twitter are full of appreciation for her contribution.

The programme ended with Ed reading out a tweet from @Everyday_Muslim saying, "Used to watch bible stories on tv 80s with mum who used them to teach us Quran stories n told us diffs btwn them". Nice.

And that's yer Sunday. Don't forget to wrap up warm.
Posted by Craig at 09:10