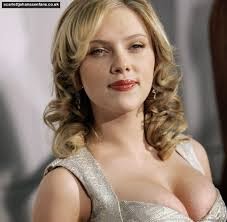 Time for a case of 'different takes on the same thing':

John Anderson at Biased BBC (someone who first spurred me into blogging) has commented:

Credit where it is due – Jeremy Paxman takes apart the Oxfam goon over the Sodastream factory and the employment of Palestinians. So just shut up, Yoland Knell.

...before linking to last night's Newsnight.

Watching that double interview on Newsnight, I too thought that Paxo skewered Ben Phillips of Oxfam and that SodaStreams's Daniel Bimbaum gave an excellent account of himself, his company and Scarlett, and, like John, I retired pleased from the interview.

The estimable Hadar at BBC Watch, however, sees things through very different eyes.

Whilst conceding that Jeremy Paxman didn't give 'the Oxfam goon' an easy time, she is highly critical of him for not asking Oxfam's highly politically-biased Ben Phillips all manner of salient points, and allowing 'the Oxfam goon' to make all manner of misleading comments without correcting him. She also accuses Jeremy Paxman of 'superficiality' (something Newsnight is known for these days).

You'll have to watch the Newsnight interview for yourselves to judge who is correct. I'm still inclined to trust my original impressions though.
Posted by Craig at 22:03