Diversity, as sung from one hymn-sheet 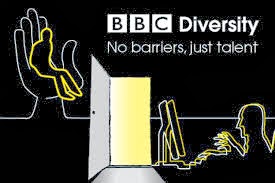 It's been quite a month for pledges from senior BBC figures.

There was Director of BBC Television Danny Cohen decreeing the end of all-male panels on BBC TV comedy shows.

Then came the BBC's Controller of Drama Commissioning Ben Stephenson saying that a greater emphasis will be placed on gay characters and storylines in BBC drama.

Then came Controller of BBC One Charlotte Moore promising a greater range of roles for women in BBC drama, and more roles for black actors too.

'Diversity' is the word on all of their lips.

How about another commitment to diversity from them: To a much greater diversity of social and political viewpoints among their staff, including BBC managers, as well as from the dramas and comedy shows they produce?

That kind of diversity is rather lacking at the moment.

Another hard week at the BBC: