The other day I heard this FOOC. “why might our man visiting the Gaza Strip be considering going back there, with his family, for a holiday?” trails Kate Adie. The FOOC web page was entitled “Come to Sunny Gaza”

“BBC man has a revelatory experience”  i.e. BBC man finds out that Gaza is not actually an open-air prison.
I don’t know much about Simon Cox, so after a perfunctory Google I’d say he’s standard BBC issue. I won’t go into pointless speculation about whether his intentions were honourable or not.

Seeing the web article made me think about it more. What was wrong with it? I should be pleased at least, that he had found out something that many of us had been saying all along. Hey everyone!  Gaza is not an open prison; but it was tinged with the obligatory innuendo about hardships, (unemployment, shortages of electricity) with the attendant sub-insinuation that these were all the fault of Israel. 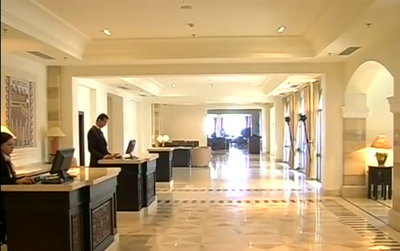 This piece was entitled “Discovering Gazans’ resilient side.”  That has a resonance.

“Resilient’ against hardship, obviously, and without any explanation of why there are hardships for Gazans it’s up to the reader to assume it’s all the fault of Israel. Or not.

The gist of the piece is that Gazan would-be journalists are ‘just like us’. They’re war-weary and their concerns are mundane,  they wear jeans and trainers and brightly coloured headscarves.

For some reason Cox had been taken by surprise, as he was expecting something else. Something ‘scary’. He’d brought his flak jacket and helmet and been driven from the border with Israel in an armour-plated car past a plethora of grey breeze block structures, unfinished due to a lack of cement.”

Ah. Here we go. Lack of cement, eh. Those evil Israelis again. However the Gazans were bravely using their ingenuity to overcome their plight and aspiring to be journalists just like Simon.

So why, I wondered, hadn’t Simon known about the posh hotel, the ice-cream parlour and the supermarket? They’d been publicised over and over; on the interweb don’t you know.

Or, for that matter, it seems a bit odd, for a journalist who describes himself as ‘investigative‘ that he didn’t know much about Hamas? I mean, what with all these comedy videos and Youtube, he might have even stumbled upon, all about another menace, worse even than Hamas; and one that is establishing itself in the Gaza strip. 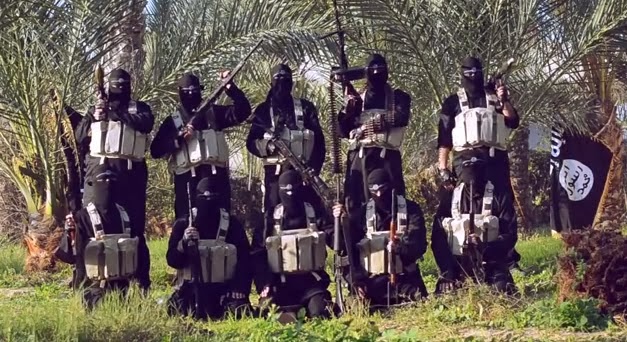 Maybe he did know, but had decided not to mention it?

Simon Cox didn’t mention the fact that Hamas controls all media based in the Gaza Strip.

Read all about the training projects that support Radio Alwan, its links with the BDS movement and political organisations that oppose the two-state solution at BBCWatch.

“The majority of media outlets in Palestine are based in the Gaza Strip. Since June 2007, Hamas loyalists have either shut down or assumed control of these outlets. As of August 2007, only two TV stations are currently available: Hamas’sss Al Aqsa and the Islamic Jihad’s Sawt Al Aqsa, and two radio stations: Al Qur-an Al-Kareem which is run by Hamas’ss Religious Affairs ministry, and Radio Alwan which is considered a pro-Hamas station.
Hamas has a large online presence and has seven leading websites that target an audience beyond the estimated 243,000 Palestinians with internet access, with its official website being served in a variety of languages including Arabic, Russian, French, Farsi, Urdu, and English. Hamas also has an online children’s magazine, which launched in 2002. The site features comics, poems, entertainment and stories celebrating the heroism of the shaheeds (martyrs for the sake of Allah).”

I wonder what Simon Cox thinks of the Hamas bunny?