Beyond Belief. Is beyond belief. 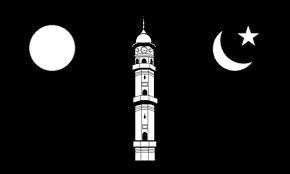 Thanks to all the time I've (wasted) spent listening to the BBC, I think I'm becoming quite well-versed in Islamic disputes, Islamic history, the politics of Muslim nations, the tenets of Islam, the aims of Islamism, etc.

I suspect I'm far from alone in that.

Today's Beyond Belief (BBC Radio 4, 4.30pm) introduced me to something new though: The Ahmedi Community - a 12 million-strong religious movement which regards itself as Muslim, but which mainstream Muslims regard as being completely outside the fold of Islam.

The Ahmedis' main offence in the eyes of mainstream Muslims is that their founder, Mirza Ghulam Ahmad, claimed to be a prophet - albeit a lesser prophet than Mohammed.

Mainstream Muslims, of course [as we regular BBC listeners know], believe Mohammed was the final prophet, and are deeply offended by the Ahmedis' assertion that he wasn't the final prophet after all.

You may not be entirely shocked, therefore, to hear that the Ahmedi are vigorously persecuted in many Muslim lands - including their original birthplace, Pakistan - and that murderous terrorist acts are carried out against them. Thus are the ways of the Religion of Peace, are they not?

You will probably also not be surprised to learn that this hatred has followed them to Britain and that, as a result, the nasty religious squabbles of the Islamic Republic of Pakistan have now become our squabbles too. (Fan-flipping-tastic!)

Today's Beyond Belief was noticeably sympathetic to the plight of the persecuted Ahmedi, with its likeable presente, Ernie Rea, giving every impression of being on their side. As were two of the guests - Imam Ataul Rashed from the Ahmedi London Mosque and Dr Simon Valentine, author of "Islam and the Ahmaddiya Jama'at."

I ended up feeling quite sympathetic towards them myself.

Against them was set Dr Sahib Bleher, co-founder of the Islamic Party of Britain.

I have to say, I didn't warm to Dr Bleher at all.

Dr Bleher does not like the Ahmedi, to put it mildly, and launched several diatribes against them as being tools of British imperialism, used by the Raj to undermine the Ottoman Caliphate. He deplores violence against them, but wasn't exactly moderate in his criticism of them either.

Dr Valentine described Dr Bleher's assertion that the Ahmedis were part of a British plot to defeat the Ottoman Caliphate as a "conspiracy theory" with absolutely no evidence to support it.

Hmm, well all this made me crank up Google to look up this Dr Bleher, and Google informed me that he is no stranger to conspiracy theories.

For starters, Dr Bleher is a 'truther' about 9/11. He says it's the US-Israeli axis wot did it.

The absolutely vile interview you'll hear on the end of the link above [do yourself a favour and don't click it] hears Dr Bleher rehearsing the truther calumnies with a vicious U.S. antisemite called Daryl Bradford Smith. The latter describes the former as his friend and, strikingly, though both of them relentlessly slam the Main-Stream Media, Dr Bleher makes an exemption, and singles out the BBC for praise for being critical of the 'Establishment'.

Dr Bleher also claims the 7/7 bombings were a politically-motivated "set-up".

This tie-in between Dr Bleher and the white far-Right becomes ever clearer the more you google his name.

Dr Bleher has been closely linked, for several years, to the 'New Right' organisation - a group which involves Holocaust deniers like David Irving. The 'anti-fascist' organisation Searchlight says Dr Bleher "brought a Muslim antisemitic perspective to the New Right Club".

Dr Bleher is fond of describing the Holocaust as the 'Holocult' and said that Ahmedinijad's Holocaust-denying conference in Iran "cut the Achilles heel of the current Anglo-Zionist world order".

Radio 4's Beyond Belief still sees fit to invite this man onto today's programme as if he were the respectable voice of mainstream Muslim opinion.

(No wonder Maajid Nawaz gets so mad at the BBC.)

Sahib Bleher may well actually be the true voice of mainstream Muslim opinion, but respectable he most certainly is not. Obviously.

And it's not the first time Beyond Belief has invited him onto its programme. He's been on before, astonishingly.

It really is a truly bizarre state of affairs that the BBC, which wouldn't even think of inviting Daryl Bradford Smith or David Irving onto its airwaves, is perfectly content to invite their friend Dr Bleher onto Radio 4, and then treat him with respect. (No wonder he approves of them).

Why do Muslims like Dr Bleher get a free pass while his white, far-Right-wing chums are considered completely beyond the pale?

Or, as Mrs Merton might have put it, 'What is it, BBC, that you see in Muslim Sahib Bleher?'

Actually,  a better way of putting it is "WTF is wrong with the BBC?"


[Incidentally, for more on the horrific death threats against Maajid Nawaz, please have a read of my fellow fence-sitter Sarah AB at Harry's Place.]
Posted by Craig at 20:48