From Somerset to the paddy (O'Connell) fields of Bangladesh

It was like old times on this morning's Broadcasting House, with Paddy O'Connell dancing in the streets (so to speak) over events in Kiev.

I remember very well Paddy's enthusiastic coverage of the early days of the Arab Spring (before it turned to deepest winter). He didn't quite say, "Bliss is it this dawn to be alive, But to be a middle-aged BBC presenter is very heaven!", but he could well have done so.

And then there was his now-equally-risible attempt (on both BH and Twitter) to promote the idea of a 'Financial Spring' after the #Occupy revolutionaries (remember them?) set up their tents in front of St. Paul's Cathedral and the end of capitalism seemed nigh.

He was at it again this morning, enthusing about the "revolution" in Ukraine against "a president who fired on his people on the doorstep of Europe". He talked of "citizen guards" replacing the police. I felt like getting my tricolour out and crying 'Vive l'Ukraine!'

Pro-European Guardian historian Timothy Garton Ash then appeared to back up this view that this is, quite simply, a revolution.

Paddy invited him to enthuse "from the gut". Professor Garton Ash described himself as "delighted".

Next came a debate on the Scottish independence debate between a father (Eric) and a son (Ross) who stand (amicably) on opposite sides of the debate. Eric sounded much more political that Ross, being (as Ross described him) a long-time supporter of independence. Ross, the son, is more open-minded, even conceding that he could change his mind on the mind if so persuaded.

Eric denounced the selfishness of the UK, saying that Scotland (in contrast) would welcome more immigration, as well as denouncing the Iraq War and the poll tax.

According to Chris, PMQs is a relatively recent invention, first being held in its current form in 1961 - and BH got in some actors to recreate a ludicrous-sounding exchange from that first set of PMQs between a   buffoonish-sounding Tory MP (what a prat the actor made him sound!), Tory PM Harold MacMillan and the then Mr Speaker Sir. It sounded rowdy.

Chris then reminded us that 1975 was the date when we first got to hear PMQs - a big day for Radio 4, Chris said. We heard a clip of Margaret Thatcher (sounding much like the Mrs Thatcher of the 1980s. Wasn't her voice supposed to be much more high pitched back then?) v Harold Wilson (sounding like Mike Yarwood). It sounded rowdy - and the public could now hear it for the first time. And to prove that we heard a clip of the SNP's Winnie Ewing being barracked and then cut down by the Speaker.

It was then back to Ukraine and BBC reporter Gabriel Gatehouse. The topic this time was what Paddy called the "taste for bad taste" of missing president Viktor Yanukovych as Gabriel took us on a tour around the no-longer-victorious Viktor's "incredibly opulent" palatial complex. There are boxing rings, a floating banqueting house, a menagerie full of birds, boar and deer (apparently all destined for the table), and, yes, duck-houses - "Duck-houses, that ultimate symbol of corruption", quipped the (biased) BBC reporter.

Sarfraz started by enthusing over the possibility that men taking more of a role in doing the housework might be contributing to the apparent fall in the divorce rate over recent years. (Social conservatives, look away now!) John then enthused over early sex and Prue praised co-habitation, and Sarfraz name-checked 'austerity' as another possible cause. 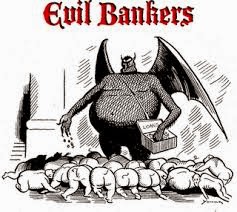 Prue then took us to bankers, and said she didn't believe what the bankers are saying. Sarfraz criticised the media for not urging on action against the banks. John talked up the moral issues over 'profits'.

John then returned to the subject of Ukraine, quoting the Observer:

The recent revolutions of the Arab Spring have shown that stormed palaces, packed squares, absent police and an intoxicating sense of liberation from an old guard do not necessarily deliver better political systems.

I had to grin at that, given Paddy O'Connell's past (and present) history of covering such stories as if he himself was partaking in that intoxicating sense of liberation.

Sarfraz attacked the media again for creating a simplistic good-bad narrative - just as, I think, sections of the BBC have been doing over Ukraine (though naturally, as a BBC regular, Sarfraz didn't name and shame the hand that feeds him).

Prue talked about that perennial favourite topic - does music help make your a more intelligent person? Research suggesting that children who play music will do better at school has now been reported. Prue was sceptical about it. I'm sceptical about a causal link too (though I'd like it to be true).

Poor John Sergeant 'fessed up to liking classical music. Prue held his hand and reassured him that it's OK.

I'd like to second that. It really is absolutely OK, John. Please stop worrying and don't be afraid to come out of the closet about it. Just stand tall, and say 'I like classical music'.

I tried to hide it while I was a teenage boy, pretending to be into pop music, but I now feel fully at ease inside my own skin. I'm out and I'm proud. Me and Johann Sebastian Bach? I love him, and I'm not afraid to say it.

Maybe me and John should go on a Classical Music Pride parade together. I've already thought of some great slogans: 'We're here, and we're into chamber music. Get used to it!', 'Out of the Closets and into the concert halls!', 'Two, Four, Six, Eight! How Do You Know Your Kids Are into Tom Robinson?' and 'Hey, hey! Ho, ho! Haydnophobia's got to go!'

At the invitation of Paddy, Sarfraz (of Pakistani origin) took us to the Observer and the Independent and the question of which is the most 'homophobic' country? He mentioned Nigeria, Gambia and India.

John talked Scotland, and the independence debate. He's clearly been disappointed that the issue hasn't been considered particularly important by people south of the border. He's glad that Westminster politicians have finally stuck their British oars into the debate in that part of Great Britain and Northern Ireland that is having to decide whether to remain part of the United Kingdom. About time, he thinks. Sarfraz mocked celebrity endorsements [though, being a trendy type, he added a caveat that David Bowie is OK], but John welcomed 'throwing the kitchen sink' at it.

Prue talked costly energy-saving devices that either put your bill up or are ineffective, such as solar battery chargers and water-saving shower heads. Prue thinks it's about posing. John mocked David Cameron's "funny little wind vane", which certainly got Paddy chortling.

BBC veteran Hugh Sykes was on hand to round off the programme by talking about flooding. Obviously not the flooding in Somerset. Oh no. Hugh talked about flooding in Bangladesh instead, in his usual sanctimonious way. 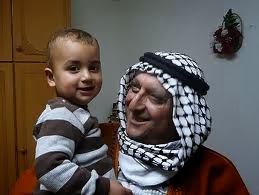 I suppose the message here was: We think we're hard done by? Pah, the Bangladeshis get it so much worse. (Like we don't know that already).

Paddy ended by wishing us "a great day". Thanks Paddy.
Posted by Craig at 20:59