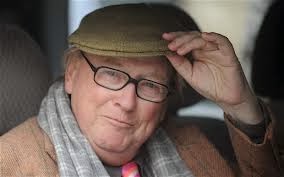 Compare and contrast Sky and the BBC's reporting of the breaking news of the death of Lord McAlpine:


Lord McAlpine died at his home in Italy


Lord McAlpine, the former UK Conservative Party deputy chairman has died, his family has announced.
The 71-year-old, who was an aide to Prime Minister Margaret Thatcher, died last night in Italy, his family said.
In a statement, they said: "It is with great sadness that the family of Lord McAlpine announce his peaceful death last night at his home in Italy."
As well as a politician, the peer was an art collector, property developer, author and fundraiser.
He was also part of the McAlpine construction dynasty.
Founded by his grandfather, Sir Robert, the firm is one of the biggest builders in the UK, responsible for the London 2012 Olympic stadium among many other projects.


Prime Minister Margaret Thatcher's former aide died on Friday night at his home in Italy, his family say in a statement.

Lord McAlpine worked as an aide to the late Margaret Thatcher


Former Conservative Party deputy chairman Lord McAlpine has died at his home in Italy, aged 71.
Lord McAlpine was previously an aide to Prime Minister Margaret Thatcher.
His family said in a statement: "It is with great sadness that the family of Lord McAlpine announce his peaceful death last night at his home in Italy."
The former political adviser and businessman was wrongly implicated in a child abuse scandal in 2012, when allegations were contained in a BBC Newsnight investigation.
The claims led to the corporation's then-director general George Entwistle quitting his job less than two months into the role. Mr Entwistle said he had to take "ultimate responsibility" for the broadcast.