There’s a story that makes me think of a sketch in a long-forgotten show, where the character dismisses a bunch of random topics as ‘rubbish’.

Can you guess which story it is? It’s not the quenelle. That story was given the BBC’s default Politically Correct treatment for a while, then after evidence too overwhelming to ignore, the quenelle gesture gradually became accepted as being unquestionably, indisputably antisemitic. Now the issue seems to have segued seamlessly  into ‘racism in footie’ and the whole matter has been muddied with the slightly counter-productive question of “yid”.

So even though I thought the Today programme did a reasonable item on the topic yesterday, (and made a bit of a pig’s ear of it on Newsnight last night,) I think it’s now widely understood that the quenelle gesture is considered to be a justifiably offensive act, and the story currently appears upon our screens nearly as ubiquitously as Benedict Cumberbach.

That brings me to the story in question, which at the time of writing hasn’t been covered by the BBC at all.

Everything about this story is ludicrous. Every single one of the ingredients.

So it seems that Maajid Nawaz, who, despite campaigning for the modernisation of his religion, is still a religious Muslim, which for me gets a down-ding, but that’s my problem I suppose - anyhow, for some reason he wants to be a Liberal Democrat so much that he’s an actual Liberal Democrat candidate.

Why would anyone want to be a Lib Dem these days? I mean that would entail being tainted with David Ward!
The Lib Dems’ association with large Muslim constituencies, think Sarah Teather, and Cleggie’s tardiness in dumping Jenny Tonge; think the Lib Dems’ propensity to take CAABU sponsored trips to the Middle East to be fed raw pro-Palestinian propaganda. All this bruises my pro-Israel sensibilities. I might even take offence at it all, which is my prerogative.

Anyway, Nawaz does want to be a Lib Dem M.P., but the persistent high-profile media presence he has cultivated led him to rashly appear on The Big Questions, during which some fellow-panellists (for want of a better word) wore their Jesus and Mo T shirts, which in turn had been the catalyst for a freedom of speech issue at their university. (they’d been banned, then unbanned)   if I remember correctly.

The BBC, pandering to a misunderstanding of Islamic regulations, or a misunderstanding of Maajid’s Islamic sensitivities, or for some other unspecified reason, thought they’d better not let these T shirts be shown Live On National TV, so later Maajid chose to show, on Twitter, that he was such a liberal Muslim that he didn’t mind the T shirts, and he Tweeted the very T shirt image in question to prove it.

Then I hear all hell broke loose. I mean - fatwas all round.

What is the objection, exactly? What is the actual offence? Is it:
a) Mocking Islam?
b) Mocking Christianity? (I don’t think so)
c)  Showing an image of the prophet Mohammad PBUH which is only a very badly drawn cartoon that obviously makes no serious attempt to be a likeness?

So Maajid’s Twitter feed with the image of the Jesus and Mo cartoon that was on the T shirt caused offence.  People from far and wide have clubbed together to campaign for Maajid’s deselection. Can you Adam’n’Eve it? And all this amidst an existential crisis for the Clegg party!

Apart from being a completely bonkers statement, one might wonder why the hell should he care? He’s not a Lib Dem now, is he? Surely not...

Even the cuddliest Muslims that the BBC are so fond of calling upon for their opinions on this that and the other have weighed in with varying degrees of condemnation.
Mohammad Shafiq, himself no stranger to The Big Questions,  says it was despicable behaviour.

What, tweeting a cartoon on a T shirt?

Then with all the hooha about Twitter and vicious, racist and threatening Tweets therein, think whassername that got the feminist image on the fiver,(or was it the tenner) and the footballer who’s been racially abused,  some Islamist or shall we say misinterpreter of Islam has tweeted a threat. He’s going to cut  his neck off. (Maajid’s, not his own) It would be hard to do that without causing a very serious life changing injury - I don’t imagine he had in mind a simple neckectomy, you know, attaching the head directly onto the shoulders. No. He means he’s going to kill him.
Just imagine.
Everyone has weighed in with their own opinion, even me. Mine is that the whole thing and everything about it is utterly ridiculous.

The only things that are supposed to be ridiculous, i.e. the Jesus and Mo cartoons, aren’t ridiculous. 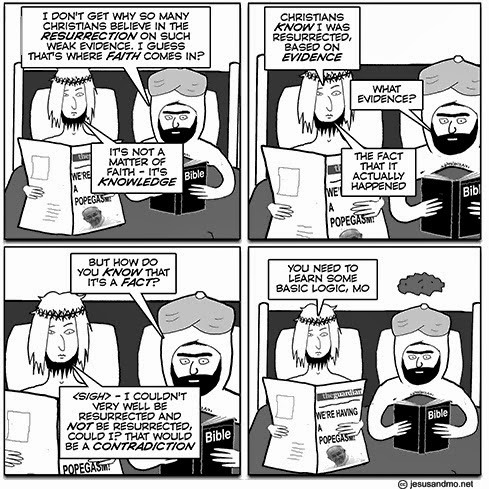